The Weird Way That Alexa Has Made Me Appreciate My Husband 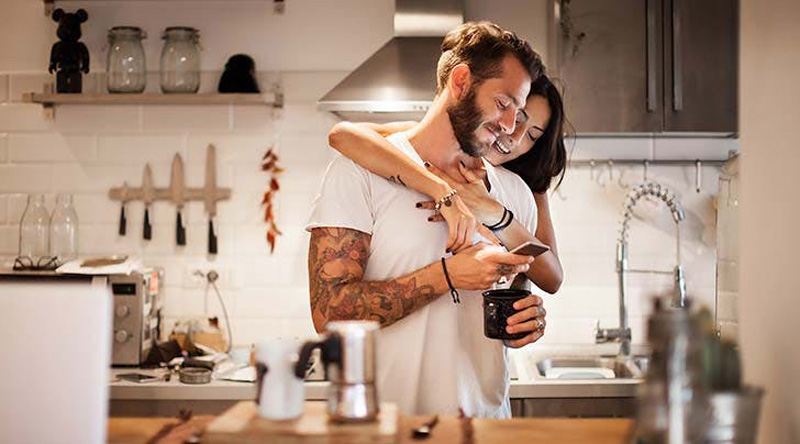 My husband and I have this running joke that when the robots take over (come on, it’s only a matter of time), then they’re coming for me first. Why? Because I have zero patience when it comes to technology. Can’t find an email in my inbox? A swearing storm ensues. Next episode of The Marvelous Mrs. Maisel not loading? Cue me throwing the remote control on the floor (OK, that only happened once but I’m not proud of it).

But my tech tetchiness has never been more glaringly obvious than when we brought an Amazon Echo into our home a couple of months ago.

First, a disclaimer: Electronics aside, I’m normally a pretty polite human being. But owning an Alexa device (renamed “Echo” in our household because the Alexa-Alexia confusion was driving me insane) has transformed me into a woman that I would be mortified to show my grandmother. I yell, I curse and yes, I’m ashamed to admit, I have even insulted my Alexa. (“Dammit Echo, I said stop. What is wrong with you? Don’t make me unplug you.”)

But here’s the thing—my husband is the exact opposite. It doesn’t matter what he’s after, he always manages to say “please” and “thank you.” And rather than barking orders (guilty), he asks her nicely. Think: “Echo, could you please play my Sunny Soul playlist?”

And sure, I’ve always known that I picked a nice and polite guy to marry, but I can’t quite believe how good-mannered he is. It makes me feel weirdly proud of him and excited about our future in a sappy, schmaltzy kind of way. (Because if he can keep his cool when our device is blasting Green Day at an ear-breaking volume, then a toddler tantrum will be a piece of cake, right?)

As an extra bonus, my husband’s insistence on being overly courteous with a virtual assistant is also hilarious. Because as it turns out, our device actually responds better to more direct (OK, rude) requests, which means that he usually has to repeat himself a couple of times. (It doesn’t help that he’s British, which means that every interaction is like watching a bumbling, rom-com Hugh Grant.)

Who would have thought that Alexa would bring a newfound appreciation for my husband (and so much laughter) into my life? The punchline of our inside joke is that when the robot rising comes, my husband will be one of the few spared. Hey, maybe he can put in a polite good word for me.