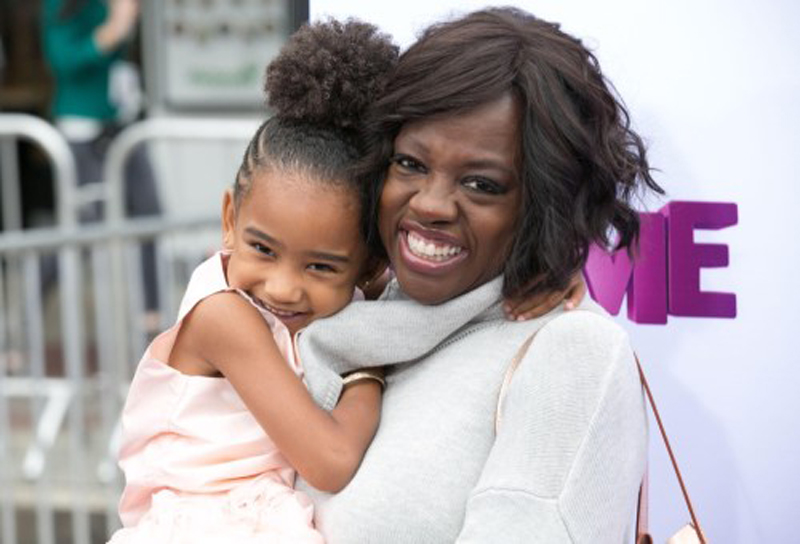 Conventional wisdom says that celebrities have it easy. Everything they want, they get. But parenthood—or rather, wanting to be a parent—is the great equalizer. For many people—including the 17 celebrities here—the journey to parenthood was one that required making a conscious choice to adopt a child in order to create what adoptive parents and children call “forever families.”

As the mother of a daughter my husband and I adopted from China in 2005, I know firsthand that adoption is an emotional and often difficult road which often involves a lot waiting for a call or letter that can take years announcing that a child has, in fact, been matched to you (usually a completely random process). This comes after you have passed endless background checks and completed mountains of paperwork. But as the parents on this list would undoubtedly tell you, it is more than worth it. 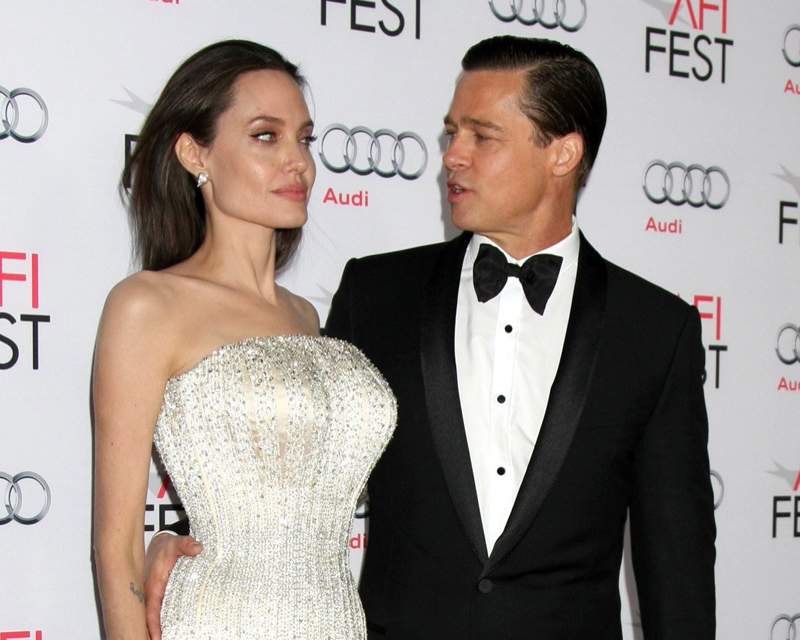 In 2002, Jolie adopted her first child, Maddox, from Cambodia with her ex-husband Billy Bob Thornton. Jolie adopted Zahara from Ethopia in 2005. Later that year it was rumored that Pitt planned on adopting both children, and in 2006, the children’s last name was changed to Jolie-Pitt. A year later, Jolie adopted her son Pax as a single parent (Vietnam prohibits unmarried couples from adopting children). At the time of their August 2014 wedding, Pitt had legally adopted all three children. Now that the couple has split, custody of their six children (the couple has three biological kids, too)  is reportedly one of the big reasons divorce negotiations have dragged on for so long. 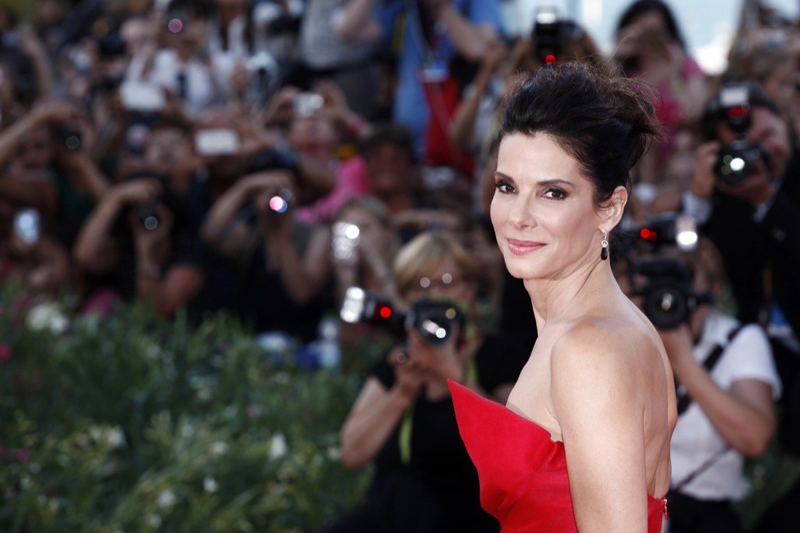 The Oscar-winner went to People magazine with her surprise announcement she and her soon-to-be ex-husband, Jesse James, had been in the process of adopting a child. Her son, Louis, had begun living with the couple in January of 2010. Four months later, she landed on the cover of the weekly to announce she was divorcing James and adopting Louis. She later adopted a daughter who she named Laila. 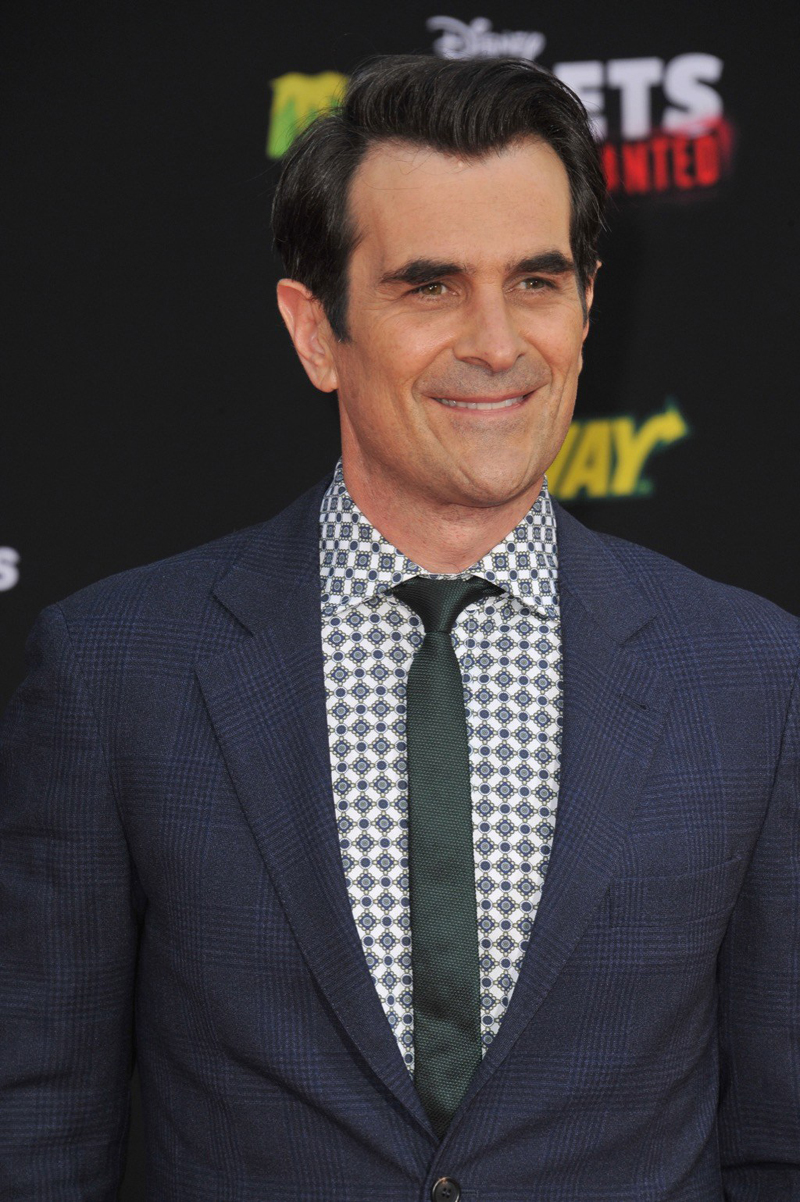 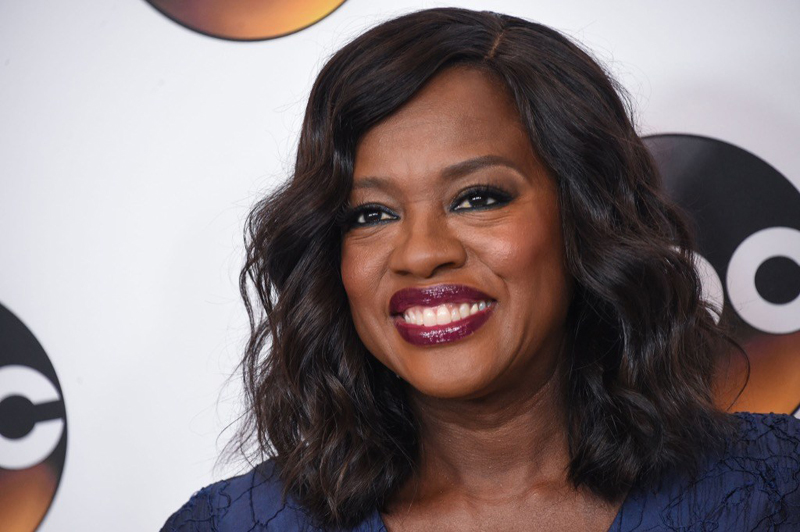 The Oscar winner adopted her daughter, Genesis, when she was just a baby in 2011. She told InStyle, “There are so many ways to mother rather than to carry a child in your body. So many children need parents, and so many of us want to mother. Know that you will experience motherhood to the full extent.” 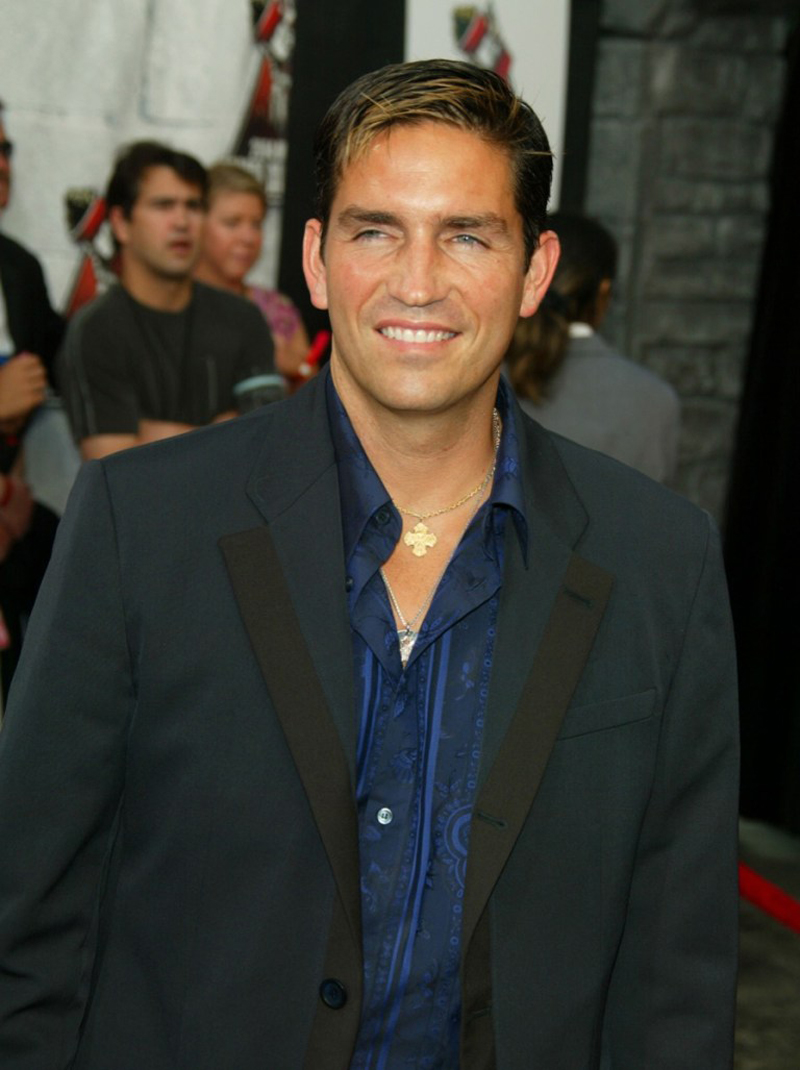 Jim Caviezel, best known his starring role in Person of Interest and for his portrayal of Jesus in The Passion of the Christ, and his wife, Kerri, have adopted three children from China who had cancer. The actor told an interview of his children Bo, now 18, Lyn, 16, and David, 7: “Two of them had brain tumors and one had cancer sarcoma. Their chance of survival wasn’t great, but I wanted to help…They make me want to be a better man. Love is a decision.” He has become a passionate advocate of adoption. “I always thought if I adopted that I wouldn’t have the same feeling [as I would] if they were genetically my own children. Nothing could be further from the truth.” 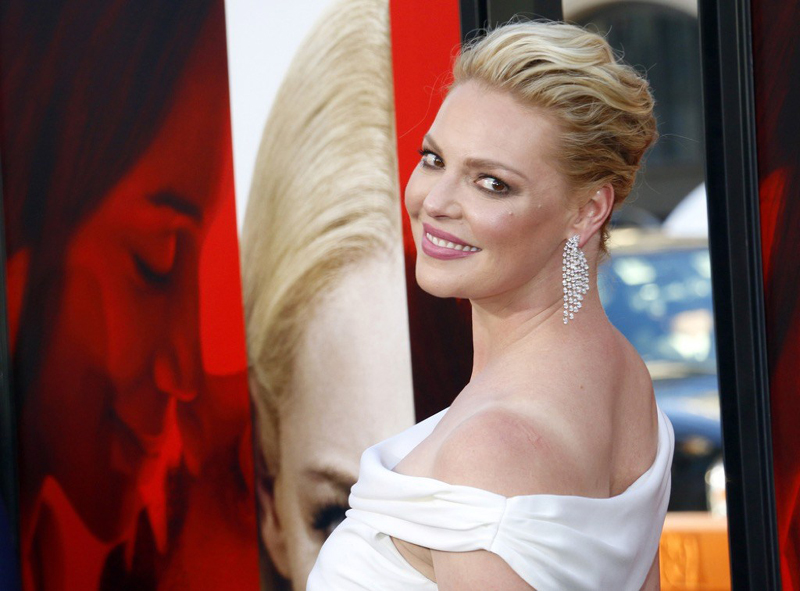 6
Katherine Heigl
The Suits star and her husband, musician Josh Kelley, adopted their daughter Nancy Leigh Mi-Eun Kelley, from South Korea (the birth place of Heigl’s adoptive sister) in 2009. She told Scholastic magazine, “I wanted my own family to resemble the one I came from, so I always knew I wanted to adopt from Korea. We have talked about having biological children as well, but we decided to adopt first. I just wanted to be a mom.” Three years later, they adopted their daughter, Adalaide Marie Hope, domestically. After adopting two daughters, the actress gave birth to a son, Joshua Jr., last year 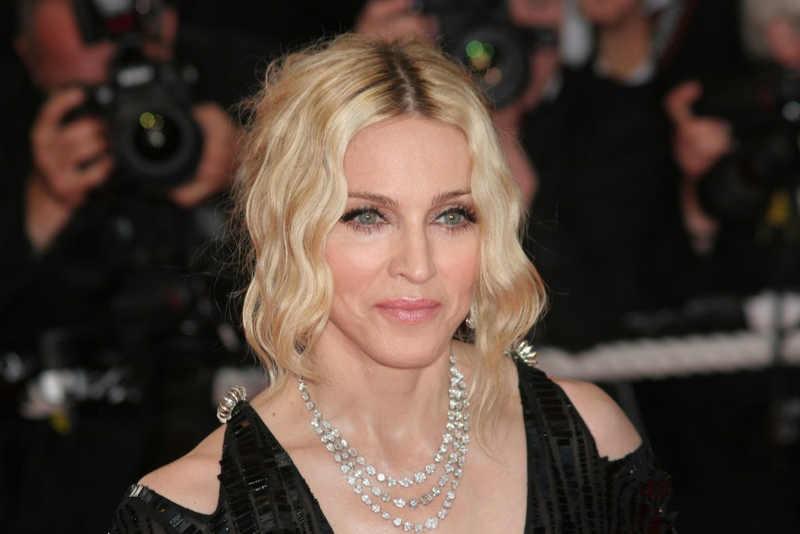 7
Madonna
Madonna has two biological children, Lourdes and Rocco Ritchie, with her exes, but later adopted two children after their births. David Banda and Mercy were both adopted from Malawi. Last year, the singer announced on Instagram she had adopted twin girls from the country. “I can officially confirm I have completed the process of adopting twin sisters from Malawi and am overjoyed that they are now part of our family,” she captioned a photo of herself holding hands with her daughters. “I am deeply grateful to all those in Malawi who helped make this possible.” 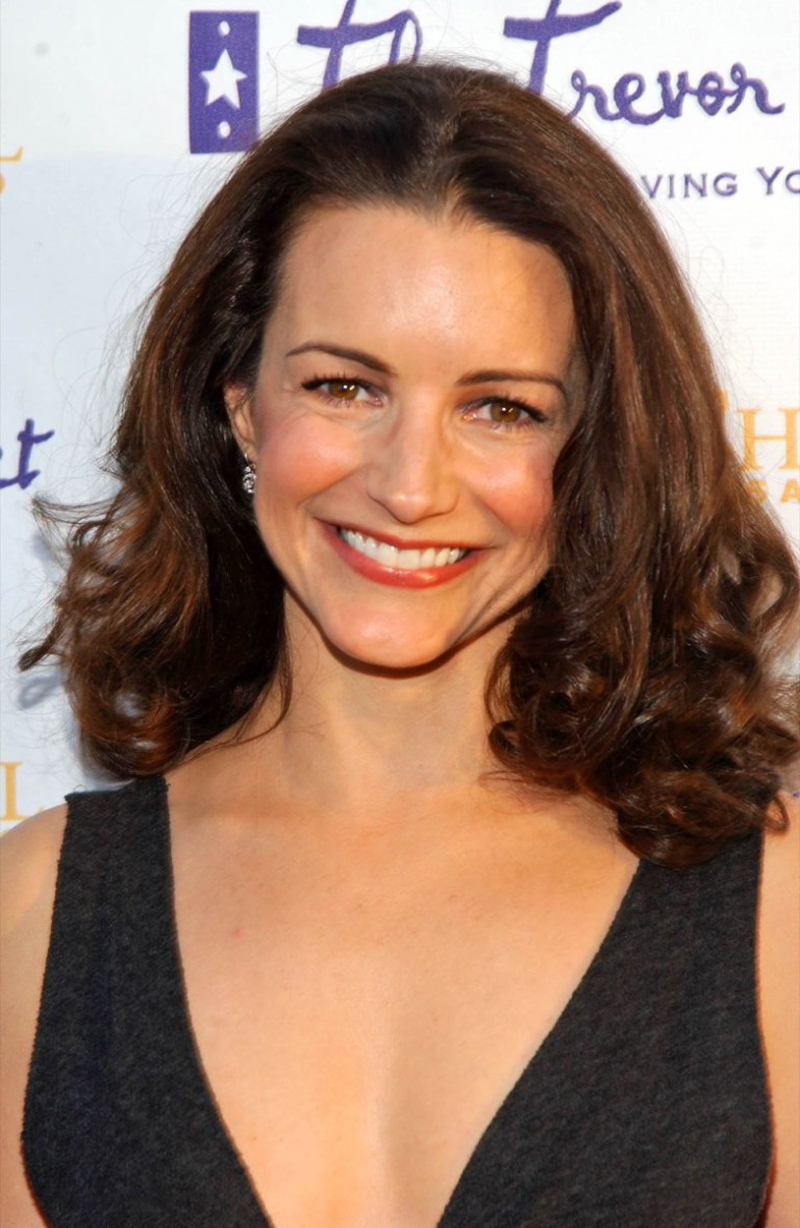 The Sex and the City actress adopted her daughter, Gemma Rose, as a single mother in 2011. She has said adopting a baby was “something I’ve wanted for a very long time.” She adopted a son earlier this year. 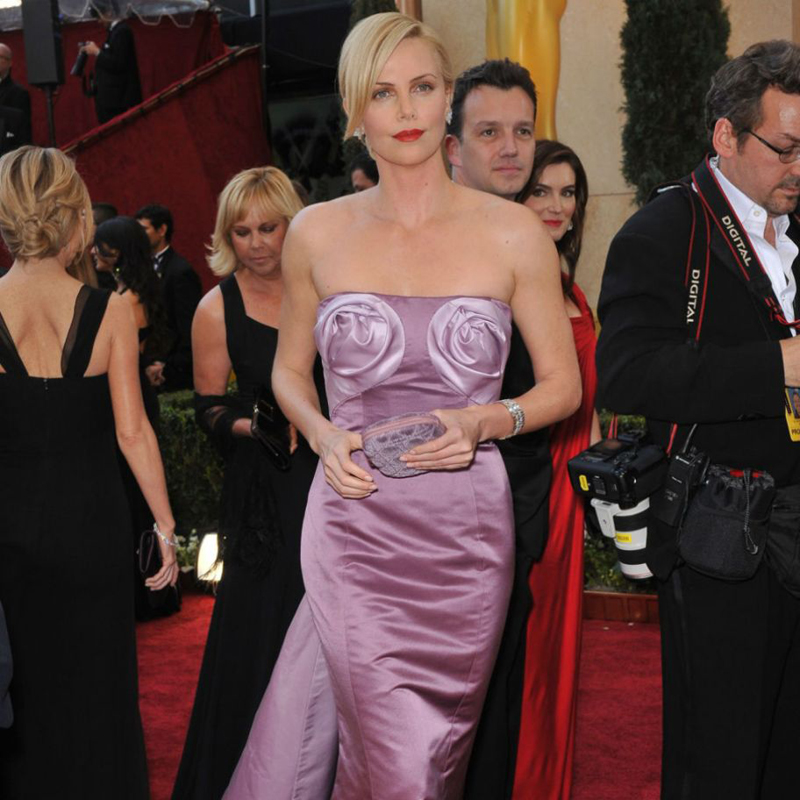 9
Charlize Theron
The Oscar-winning actress adopted her son, Jackson, in 2012. The former Arkansas judge who posted details online about Theron’s private adoption voluntarily surrendered his law license to avoid a disciplinary hearing following his bribery conviction in an unrelated case. She adopted her daughter, August, in 2015. She told Elle her mother, Gerda, reminded her during the adoption process that when the actress was growing up in South Africa, she had written a letter to an orphanage because she wanted a brother or sister. 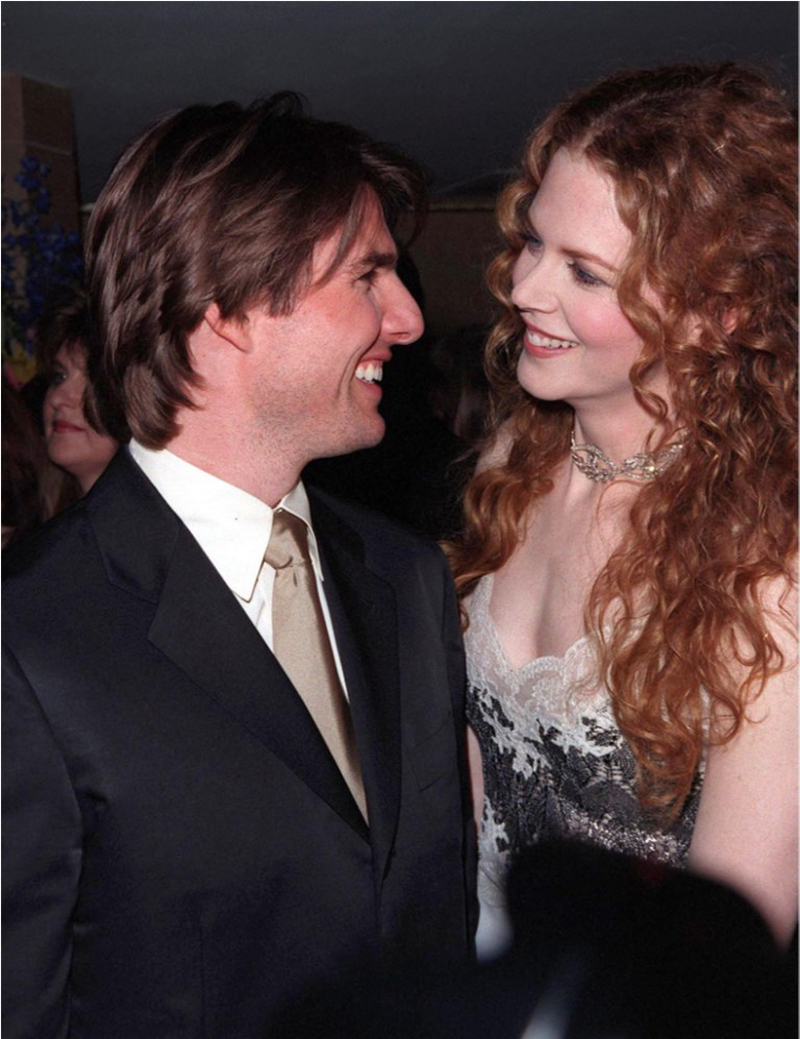 After meeting on the set of Days of Thunder, the couple married in 1990, adopted two children together. After their headline-making split, Isabella Jane (born in December 1992) and Connor Anthony (born in January 1995) lived with Cruise. Since then, they have grown apart from Kidman, who is now married to Keith Urban and has two biological daughters with him. The source of the rift is reportedly because both children are practicing Scientologists and Kidman left the church after the divorce. In 2010 she said, “They live with Tom, which was their choice. I’d love [for] them to live with us, but what can you do?” In 2015, Bella married Max Parker, but didn’t invite Kidman, who was working in London—not far from where the nuptials took place. 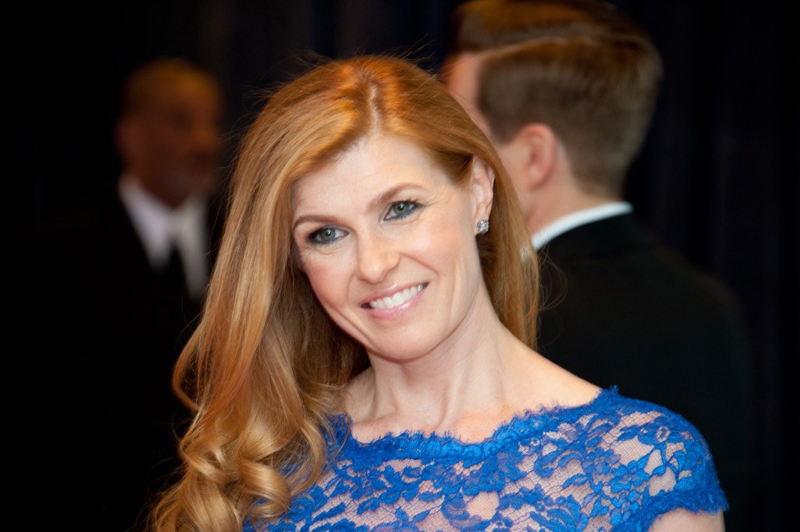 In 2011, the Nashville star adopted her son, Yoby, as a single parent. She has said she lost her parents within three years of each other and then decided she wasn’t going to let being single stop her from becoming a mother. 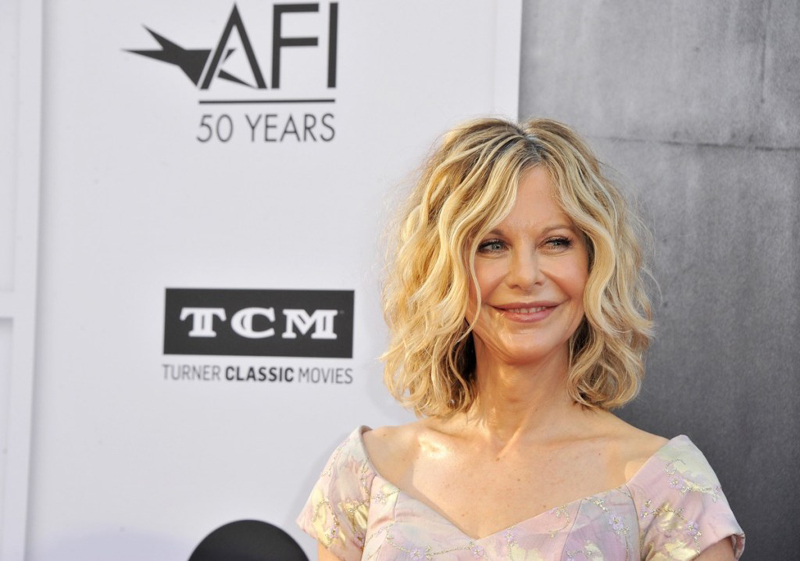 Ryan had a grown son, actor Jack Henry Quaid, with ex-husband Dennis Quaid, when she chose to adopt a 14-month baby girl from China in 2o07 who she named Daisy True. When I met Ryan in 2010 and told her that I was also the mother of a girl adopted from China, we discussed how we both felt we were fated to be the mother of our daughters. She told me, “I am completely convinced that there was nothing random about it. She is the daughter I should have. We are perfect for each other. I have a biological son and am now an adoptive parent and there’s no difference in the love I feel.” 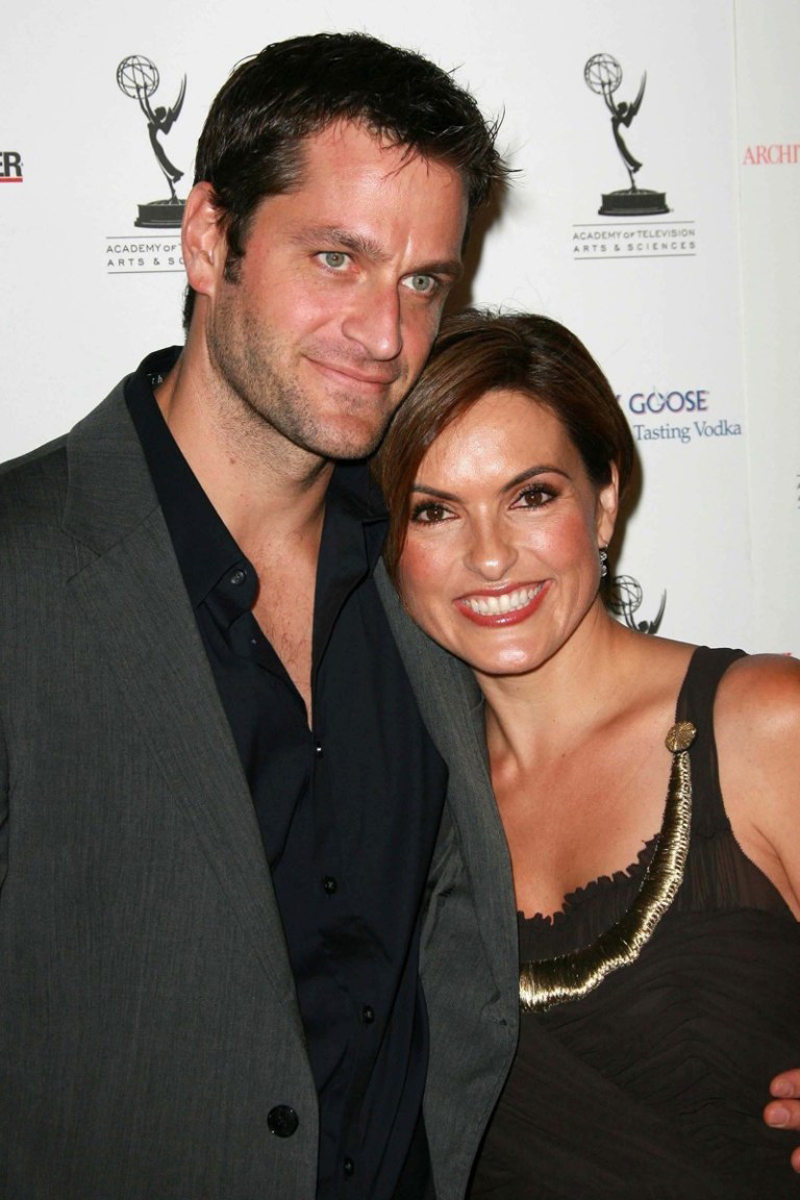 The Law & Order SVU star delivered her first son, August, with her husband, Younger‘s Peter Hermann, in 2006 in an emergency cesarean section. In April 2011, they adopted a daughter, Amaya Josephine. Six months later, they got a call saying they had been matched with a baby boy and adopted their son, Andrew. She told People, “Our family is so perfect, or at least perfect for me,” she says. “Together we’re just this whole, happy, joyful, chaotic, crazy unit. I’ve never known anything that was more right.” 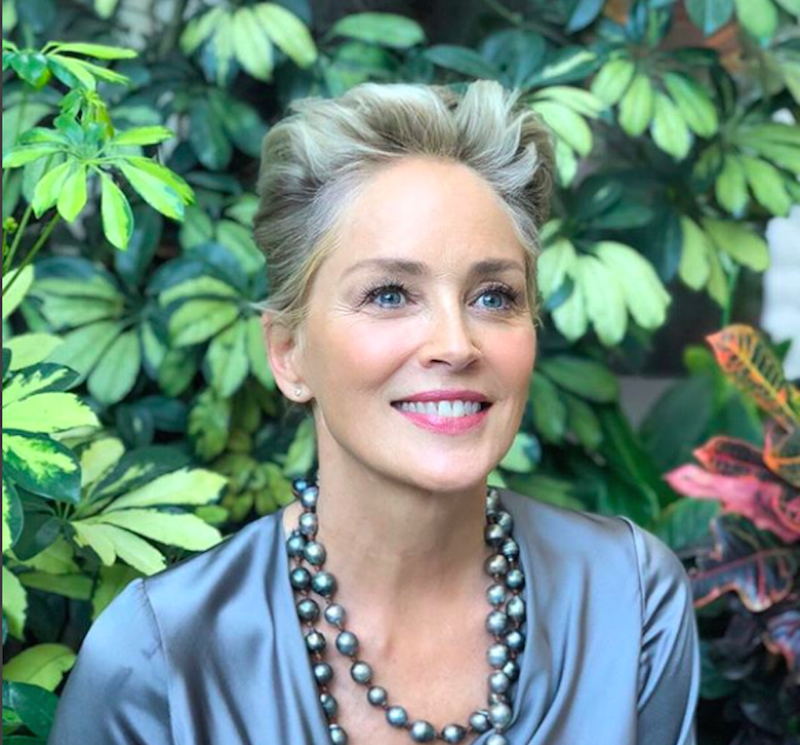 After marrying newspaper publisher Phil Bronstein in 1998, the couple adopted a baby boy, Roan Joseph, in 2000. After they divorced, Bronstein was granted primary custody and the actress was given visitation rights. In 2005, Stone adopted her second son, Laird Vonne, and then her third son, Quinn Kelly, in 2006. 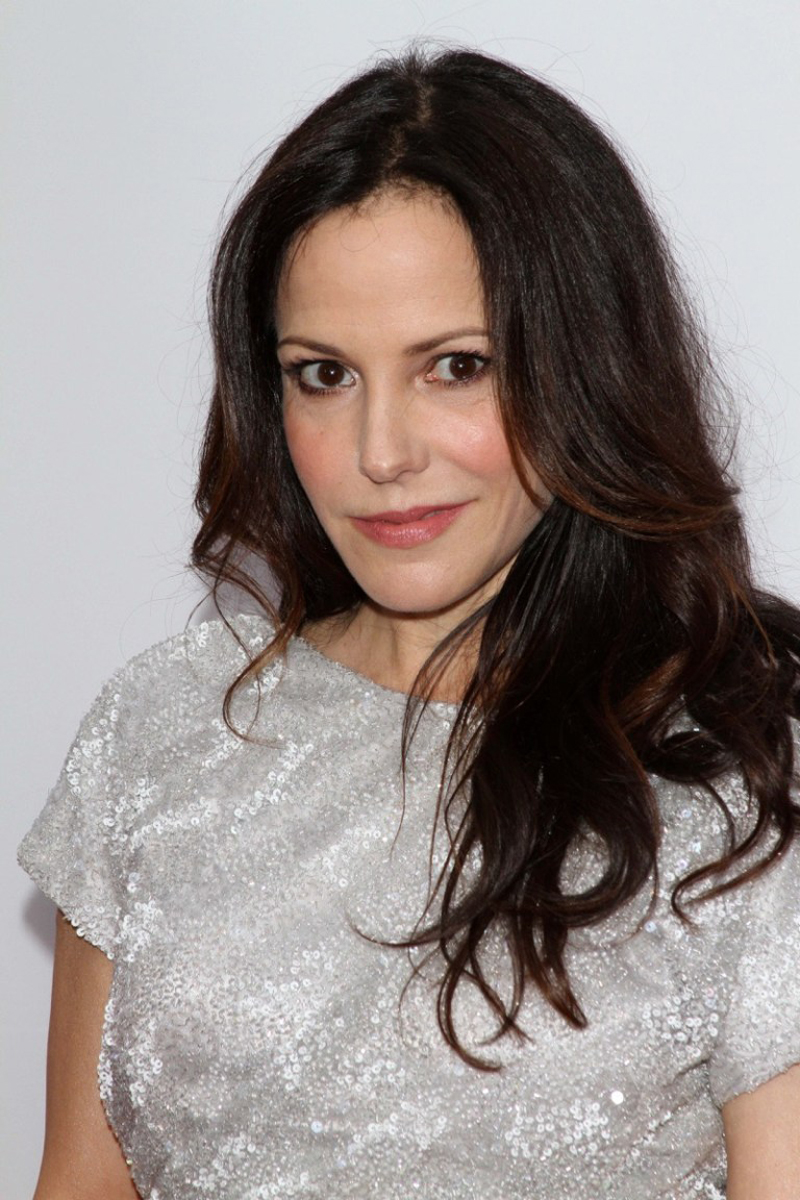 In September of 2007, the consummate writer and Weeds actress adopted a baby girl from Africa. She later said she “always knew” she was going to adopt a child one day. 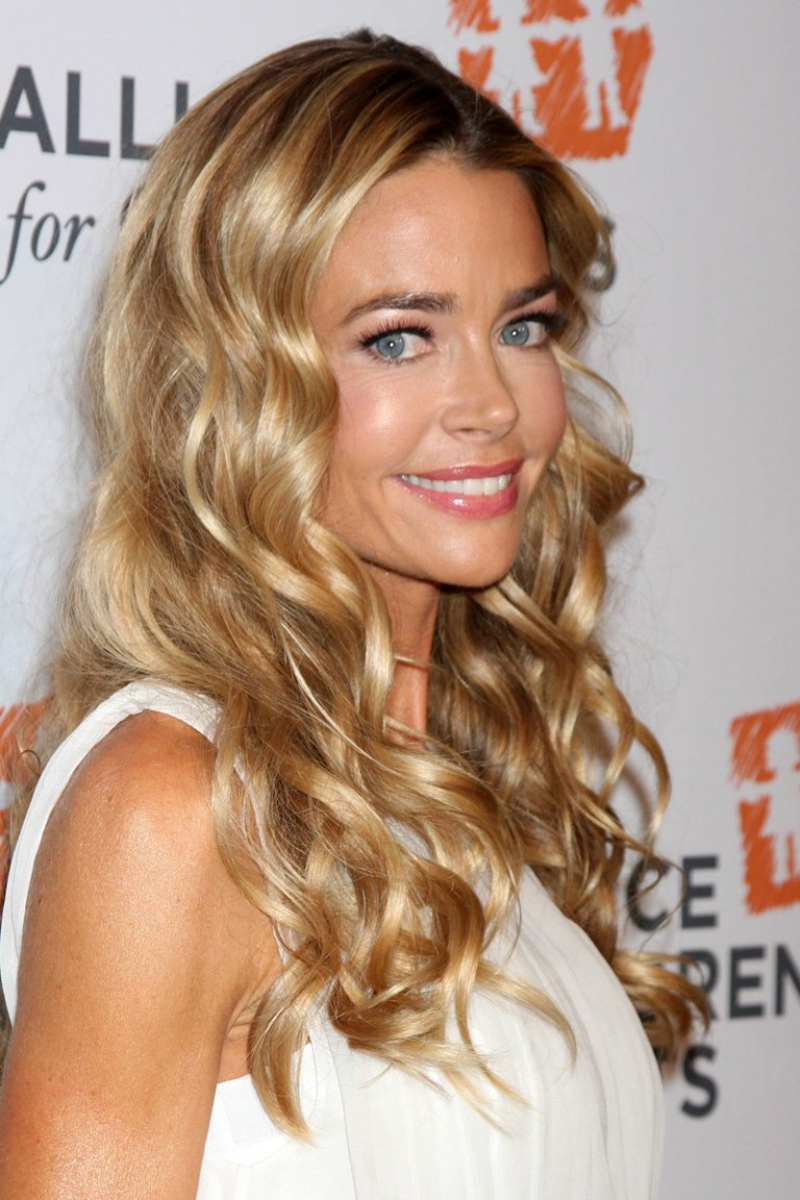 The newlywed and newest Real Housewives of Beverly Hills cast member had two daughters with her ex-husband Charlie Sheen. After their divorce, she adopted a third child as a single parent in 2011. Her daughter, Eloise Joni, is named after Richards’ mother, who died from cancer in December 2007. 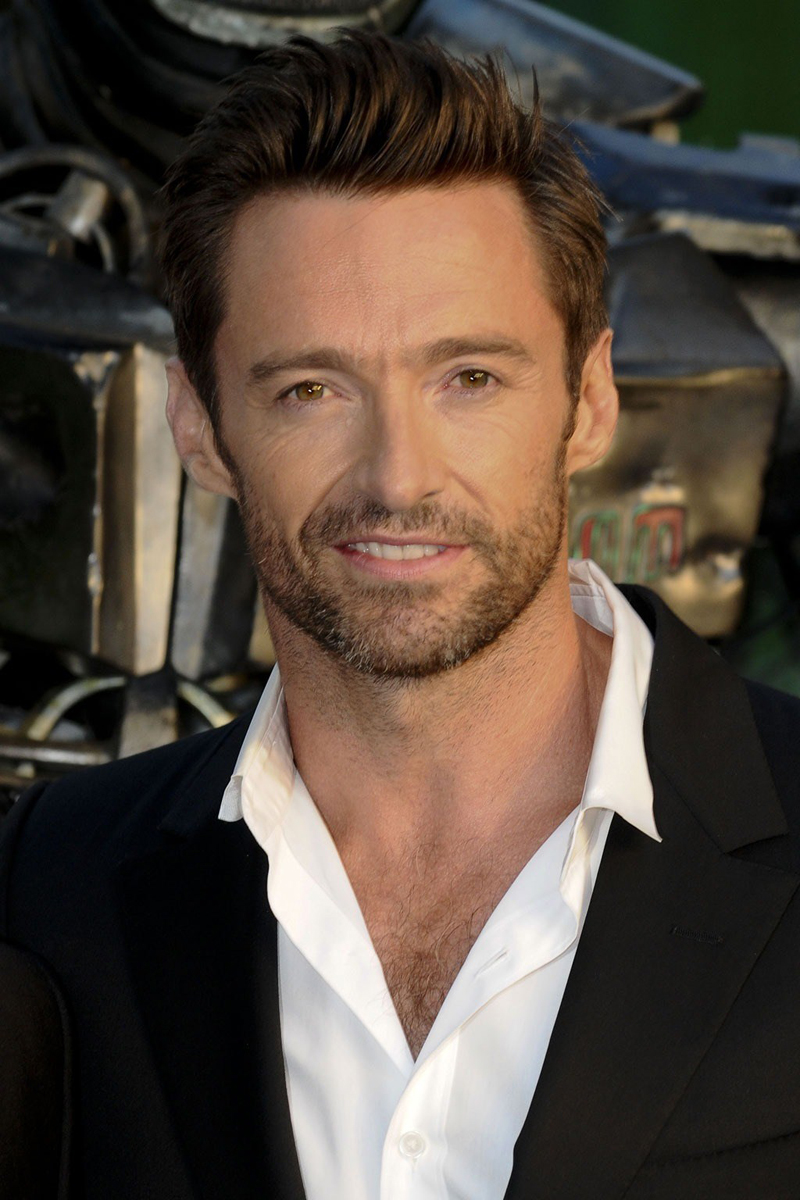 The Greatest Showman star told People that he and his wife, actress Deborra-Lee Furness, had a conscious decision to adopt mixed race children because that was the largest group of children that needed parents. “Our motivation behind adopting was, ‘Where is the need?’ “A lot of people [adopt] thinking it’s really important to them for the kid to look like them, and honestly, for Deb and I, that just never even was an issue,” said the actor who is father to Oscar, now 18, and Ava, now 12.

Diane Clehane is a New York-based journalist and author of Imagining Diana and Diana: The Secrets of Her Style.