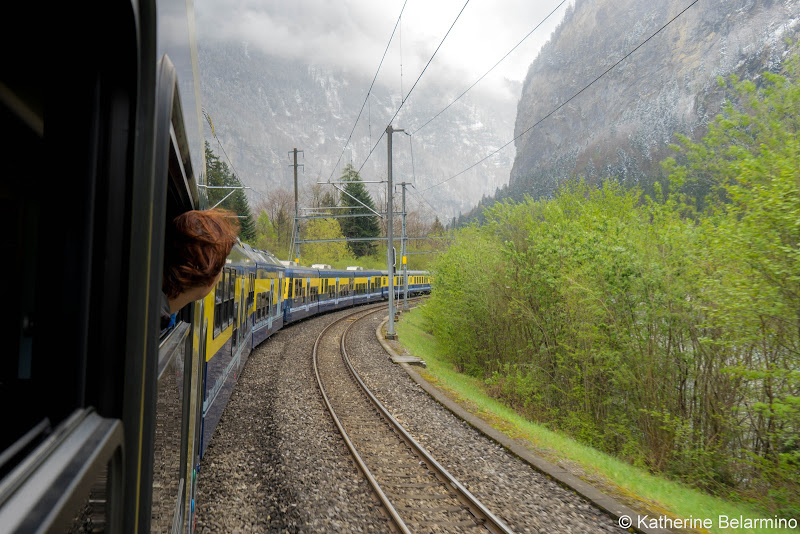 by Katherine and Romeo Belarmino 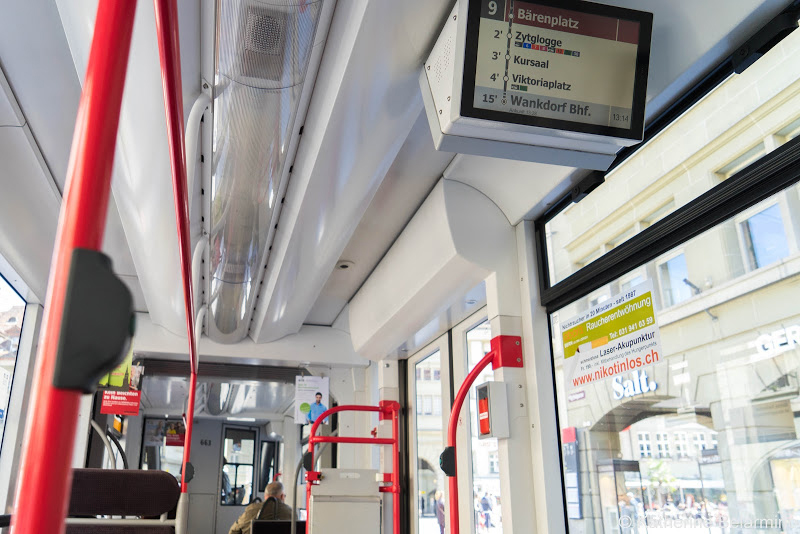 This means you can plan your transportation and know exactly when you need to arrive at the train station and when you’ll arrive at your destination.  You don’t need to build in extra time for transferring between trains.  If you only have six minutes to get from one train to the next, you can be sure you will have that six minutes, your train won’t be late, and the next train won’t leave early.

Traveling with the Swiss Travel Pass is Easy and Stress-Free

With a Swiss Travel Pass in hand, you won’t need to arrive at the station early to purchase a ticket.  You can arrive with just enough time to get to the correct platform and hop on the train. 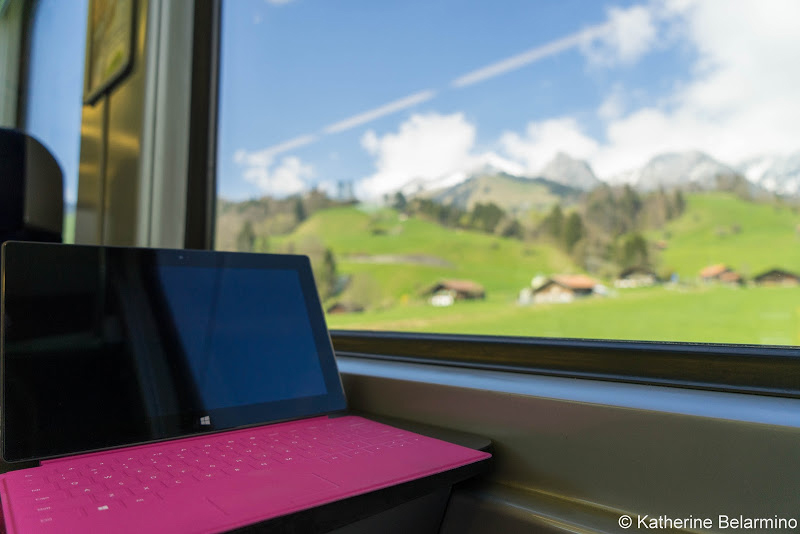 While we love road trips, travel is so much easier when someone else is driving.  All we had to do was sit back and watch the scenery go by. 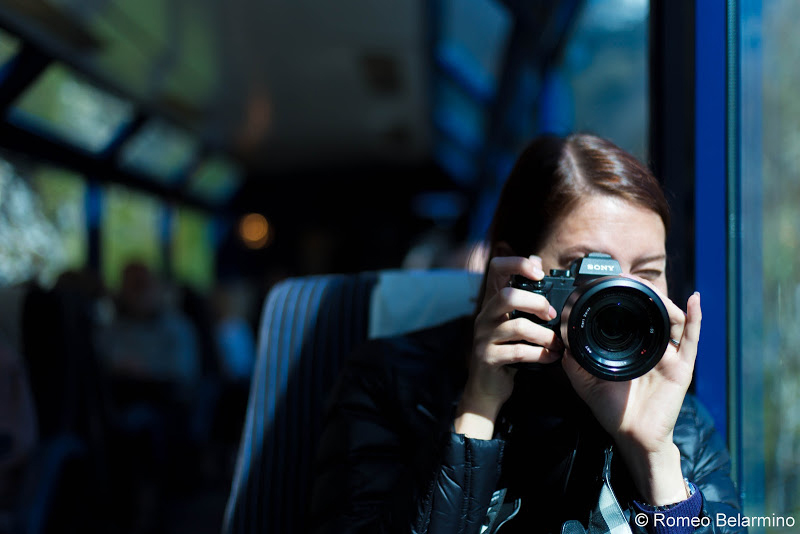 Train
travel is relaxing, but you can also use the time to look at photos, draft a blog post (maybe that’s just me), post on social media, or text photos to your friends to make them jealous.

You Can Go Anywhere by Train 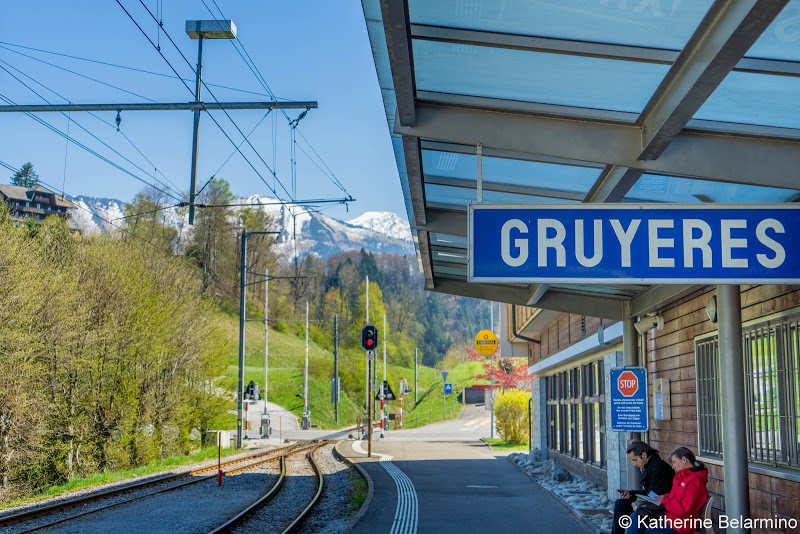 We’ve rented a car in other places we’ve traveled because the places we wanted to visit were too hard to get to without a car.  In Switzerland, you can pretty much get anywhere by train.  If the train doesn’t reach your destination, there will be a bus, also covered by the Swiss Travel Pass, that does. 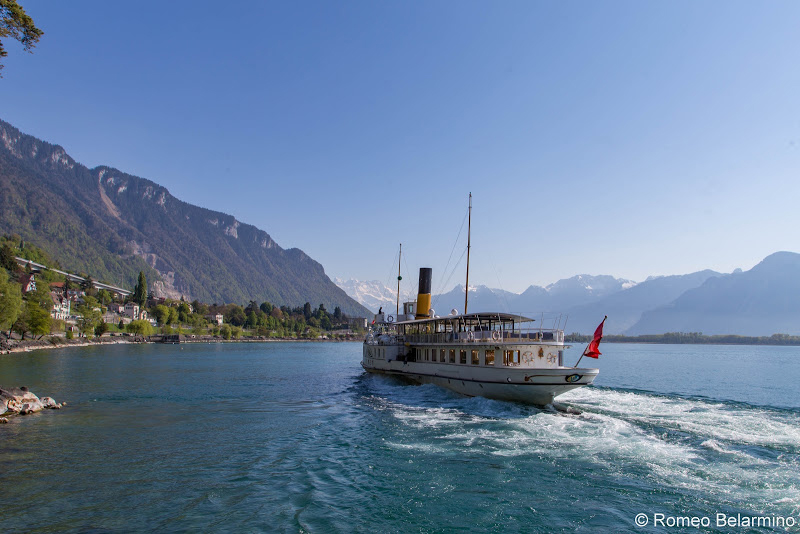 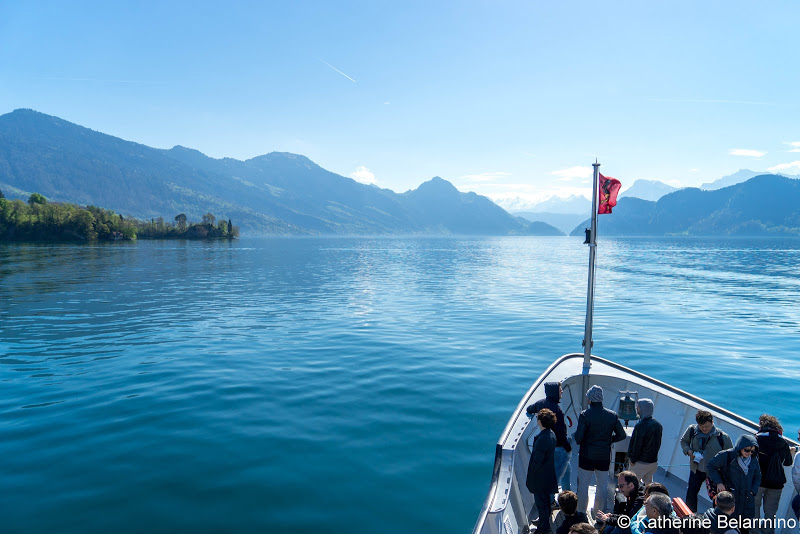 For instance, while we spent two days in Lucerne we took a day trip to Mt. Rigi.  First, we boarded a boat, then we hitched a ride on a cogwheel train, and then, after spending time on the mountain and hiking around, we descended on a gondola before boarding a boat again, all covered completely by the Swiss Travel Pass. 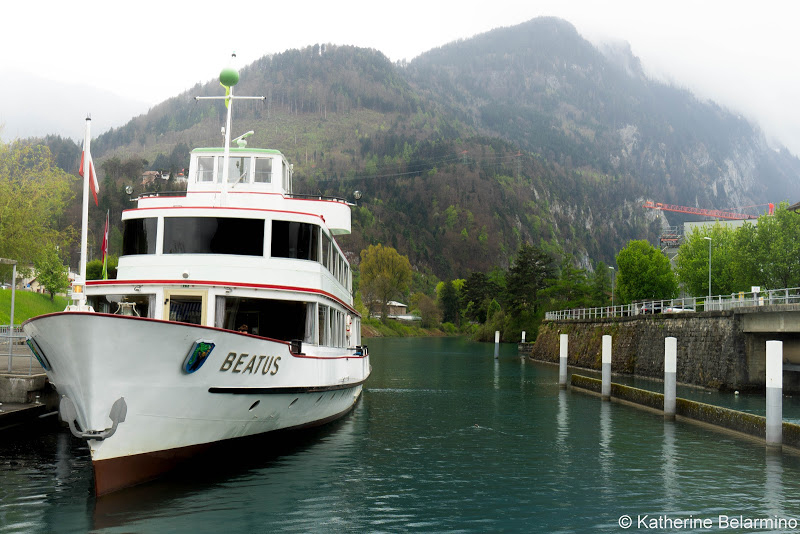 During our four days in Interlaken, we took the train to Lauterbrunnen with the Swiss Travel Pass and then used it to take a gondola up to Murten.  There was snow that day, so we didn’t go up much further, but there are actually a series of gondolas that zigzag up the mountain, stopping at various towns along the way, all covered by the Swiss Travel Pass. 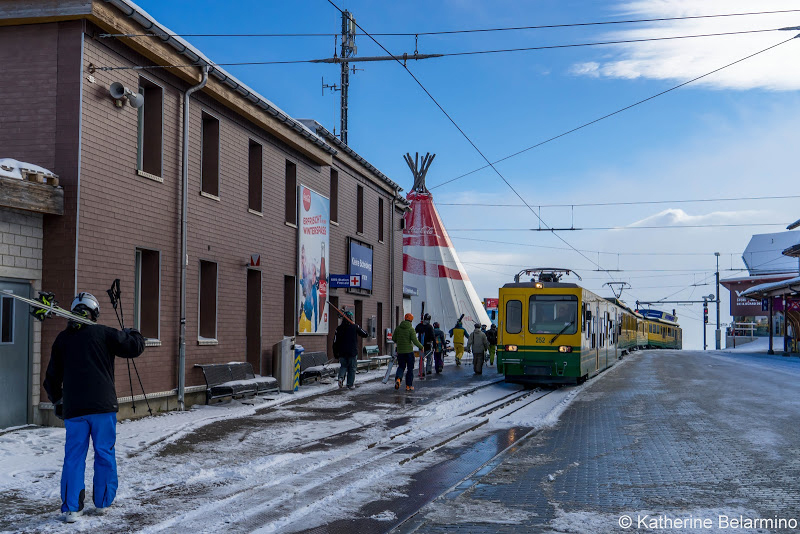 The Swiss train system also offers scenic train trips, and the Swiss Travel Pass allows travel on those as well with just a small additional payment. 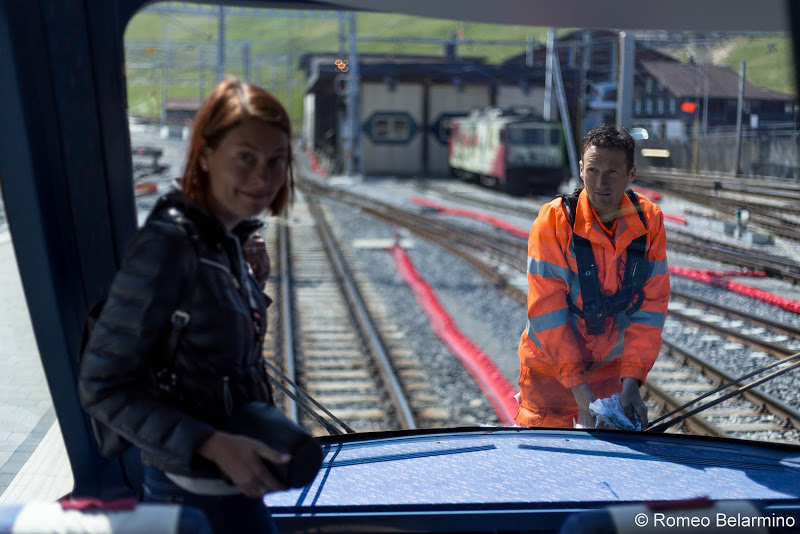 The best of these is the GoldenPass Panoramic from Zweisimmen to Montreux.  The GoldenPass Panoramic is, as its name suggests, a panoramic train.  For only CHF 15 extra, you can book a VIP seat in the very first car of the train, and if you book far enough in advance, you can score first row seats, which is a once-in-a-lifetime opportunity not to be missed. 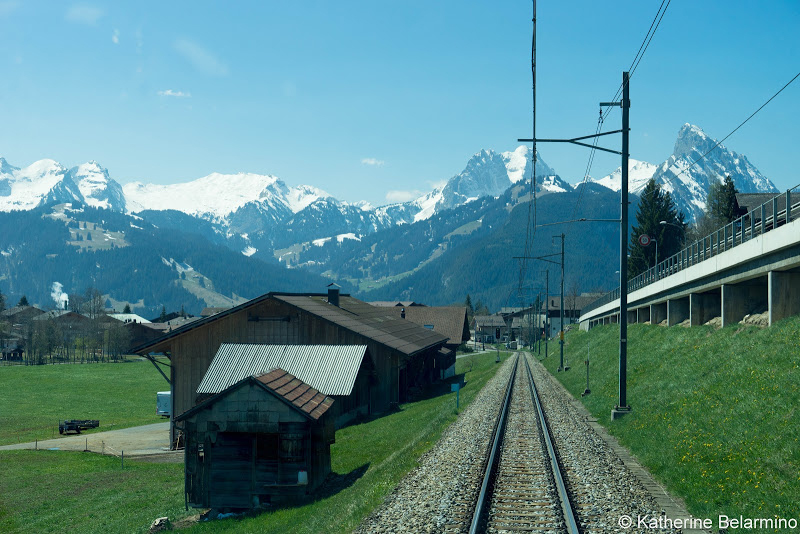 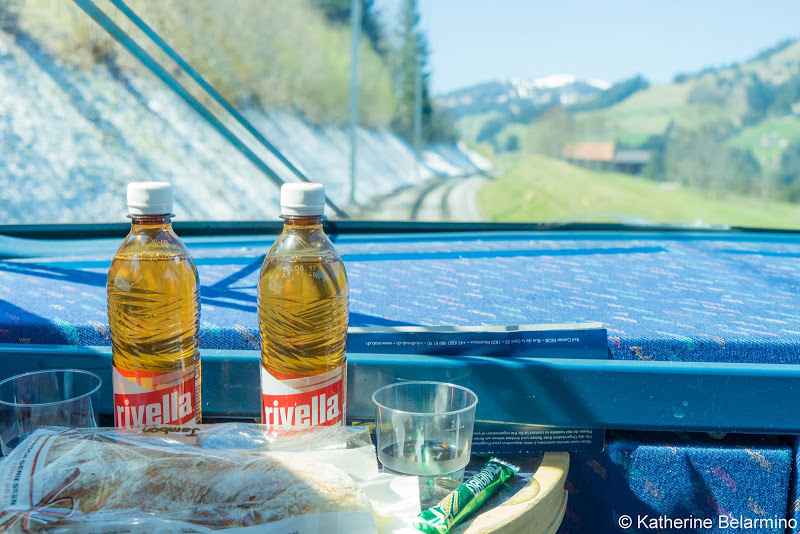 Beyond transportation, the Swiss Travel Pass provides free admission to over 500 museums and discounts on mountain excursions.

The Swiss Travel Pass is Flexible and Can Include an Upgrade 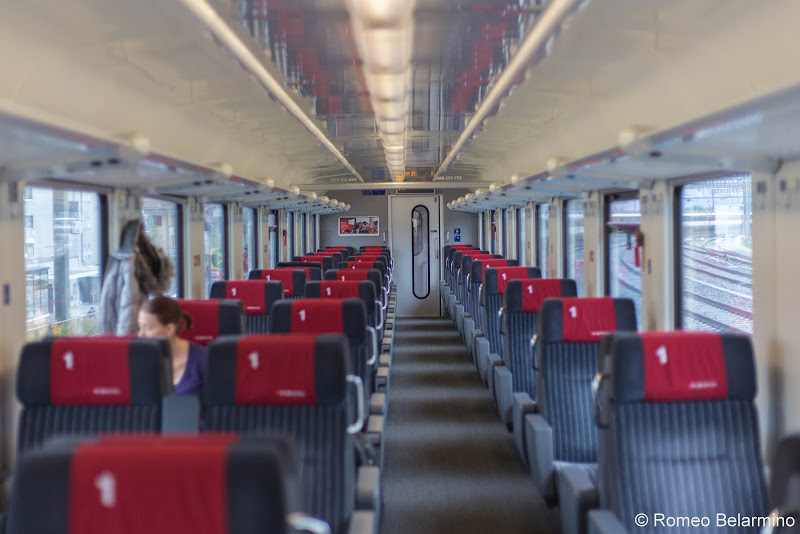 The Swiss Travel Pass can be purchased to cover various lengths of time, including three, four, eight, and 15 days.  There's also a choice between first class and second class.  A tip for those traveling first class is that while the monitors when waiting for a train will tell you what sections the first class cars will be in, its even easier to keep your eyes open for the cars that have a yellow stripe, as those are the ones with first class seats. 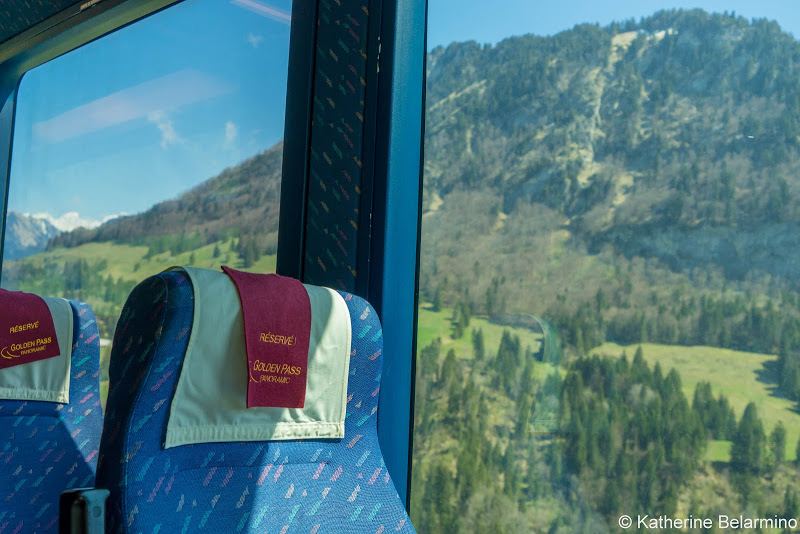 Because the Swiss Travel Pass covers a period of time rather than a certain number of trips, options are limitless.  It is so easy to add on a trip somewhere that hadn’t been previously planned.  You can take a short bus trip or take the metro back and forth twelve times and it doesn’t matter. 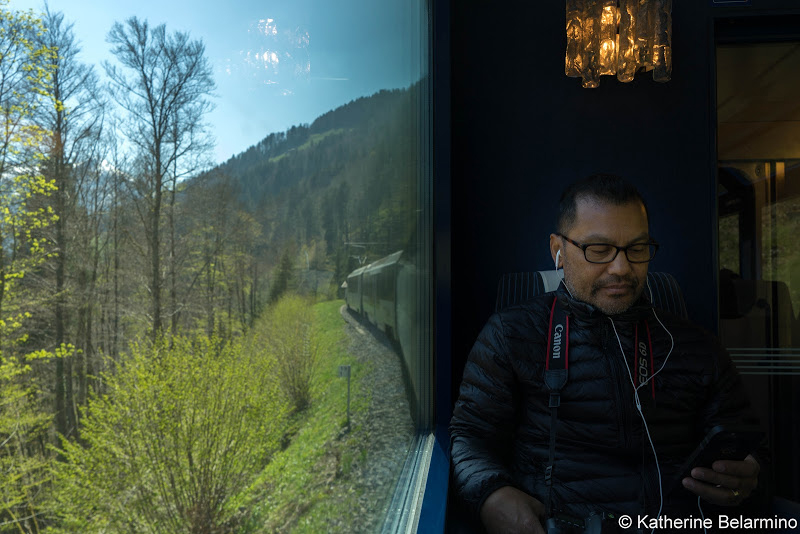 Thank you to Switzerland Tourism for providing our Swiss Travel Passes and making this post possible.  As always, all opinions are our own.