8 Foods That Are Even Healthier When Eaten Together 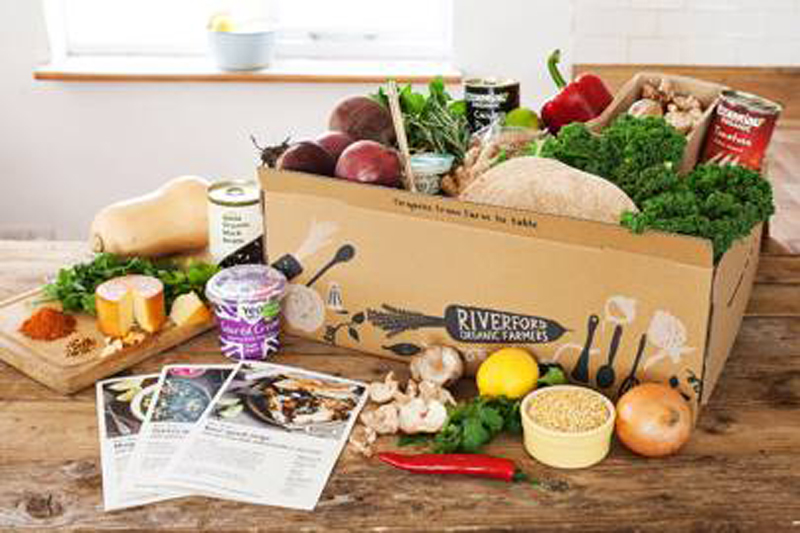 New research shows that by combining these nutritional superheroes together, you’ll pack an even bigger nutritional punch.

To lower your cancer risk

If apples could speak, they would tell raspberries, “You complete me.” A study in the Journal of Nutrition determined that the anti­oxidant ellagic acid (found in raspberries, pomegranates, walnuts, and cranberries) enhanced the ability of quercetin (an antioxidant found in apples, grapes, onions, and buckwheat) to kill off cancerous cells. Food scientists have discovered thousands of such bioactive phytochemicals in fruits, vegetables, beans, nuts, and whole grains. “Researchers are now discovering that these chemicals often work better in pairs or groups, proving that supplements with single nutrients just can’t match the healing power of whole foods,” says Elaine Magee, a registered dietitian and the author of Food Synergy. Here are the healthy foods that are more nutritious than you realized.

Ready in 5: To make an antioxidant-rich dessert, combine diced apples, grapes, and raspberries, and top with pomegranate seeds and walnuts.

For a stronger heart

When “bad” LDL cholesterol particles are oxidized, they are more likely to become plaque in artery walls, leading to heart disease. Antioxidants, true to their name, help fight this process. German researchers discovered that the antioxidants rutin and vitamin C work synergistically to halt LDL oxidation. Rutin is in buckwheat (a Japanese staple found in the pasta and international-food aisles at grocery stores). And, of course, vitamin C is in many fruits and vegetables, including broccoli, citrus fruits, and tomatoes.

For the energy to go all day

According to a 2010 study in the Journal of Agricultural and Food Chemistry, sulfur compounds in onions, garlic, and leeks can help you absorb more iron and zinc from grains and legumes, including chickpeas. “Iron is involved in oxygen transport in the body, so an iron deficiency can cause fatigue and brain fog,” notes Bazilian. “Premenopausal women need to be diligent about getting iron in their diet due to blood loss through menstruation.”

Prep in 5, ready in 15: Make an energy-boosting soup: Sauté 1 diced onion and 2 chopped garlic cloves along with 2 tsp. vegetable oil in large saucepan over medium heat until onions are soft. Pour in 4 cups low-sodium vegetable broth; then add one 15-oz. can of chickpeas (drained and rinsed), 1 diced carrot, 1 diced celery stalk, 1 tsp. dried sage, and salt and pepper to taste. Simmer for 15 minutes and garnish with fresh cilantro. Makes about 4 servings.

Scientists in Korea have discovered that genistein (an isoflavone with disease-fighting properties found in soy foods such as edamame and tofu) plus capsaicin (an antioxidant that gives chili peppers and jalapeños a fiery kick) help tame inflammation. Chronic inflammation in the body is known to be a risk factor for heart disease and cancer. Capsaicin also helps reduce blood pressure, offering even more heart-healthy benefits.

Ready in 10: Toss together an easy, meatless stir-fry by combining cubed firm tofu with chopped fresh vegetables and a little ginger and minced jalapeño; splash with low-sodium soy sauce. Or, for a nutritious afternoon snack, prepare 1 cup shelled edamame (found in the frozen vegetable section of most grocery stores) according to package directions and season with ¼ tsp. sea salt, a pinch of cayenne or chili powder, and a squirt of fresh lemon juice. Makes about 2 servings. Don’t miss these foods nutritionists always buy from Costco.

To get more heart-healthy antioxidants

Catechins are powerful antioxidants found in green tea. And a study of more than 40,000 Japanese adults found that those who enjoyed at least one cup of green tea daily were less likely to die of cardiovascular disease than those who didn’t. According to a separate Purdue University report, adding a splash of citrus juice from a lemon, lime, or
grapefruit to green tea reduces the breakdown of its catechins in our digestive system, making them even more readily absorbed by the body.

Ready in 5: For a refreshingly healthy twist on iced tea, squeeze the juice from one lemon into 2 cups of brewed green tea. Chill, then add 1 cup of club soda and some fresh mint. Makes half a pitcher. Don’t miss these 17 surprisingly unhealthy foods you should probably avoid.

When you’re shopping at the fish counter or in the canned-fish aisle, be sure to cast your line for salmon. Just three ounces—about half a can—provides more than the daily requirement of vitamin D. A study published in the Archives of Internal Medicine found women who had the highest intake of the “sunshine vitamin,” as well as calcium, lowered their risk of PMS by 30 to 40 percent. You can get calcium from dairy, of course, but you can also find it in sesame seeds, almonds, and leafy greens such as kale.

Prep in 5, ready in 10: For an easy weeknight supper, make salmon burgers. In a bowl, flake two 6-oz. cans
of drained sockeye boneless, skinless salmon with fork. Mix in ½ cup rolled oats, 1 large egg (another source of vitamin D), 2 tbs. sesame seeds, 1 tsp. cumin, juice of half a lemon, and ¼ tsp. black pepper. Form into 4 equal-size patties and grill over medium heat for 3 to 5 minutes per side or until lightly browned. Serve on 100 percent whole wheat buns with baby spinach and sliced tomatoes. Enjoy with a glass of skim milk for added calcium.

To refuel after a workout

Since exercise burns glucose, post-workout bouts of low blood sugar are not uncommon for people with type 2 diabetes. The perfect snack to prevent such hypoglycemic attacks combines a carbohydrate (banana) with
protein (yogurt). Carbs replenish your blood sugar levels and protein increases fullness and prevents blood sugar levels from rising too quickly.

Ready in 5: Make a post-workout shake by blending together ½ cup each of low-fat milk and protein-rich yogurt with a carb-dense banana, ½ cup frozen blueberries, and 1 tbs. honey or maple syrup. Here are 33 healthy foods that are even more nutritious than you realize.

Pair up: Wine with fish

Italian researchers found that women who consumed as little as one glass of wine a day had higher blood levels of the omega-3 fats found in such fish as trout, salmon, and sardines. The same results were not found for beer or spirits. Scientists believe that the heart-healthy polyphenol antioxidants in wine might be responsible for improved
omega-3 absorption. These much-lauded disease-fighting fats may also be associated with a lower risk of macular degeneration, the leading cause of blindness.

Whether you prefer Chardonnay or Merlot, you can still get the same health benefit. According to a study in the Journal of Agricultural and Food Chemistry, white wine contains its own distinct polyphenol compounds that give it the same heart-protective qualities as red. But drinking too much alcohol is associated with increased breast cancer
risk, so limit wine consumption to one or two glasses a day.

Prep in 5, ready in an hour: Besides enjoying a glass with a fish entrée, make a marinade. Combine equal amounts of olive oil, soy sauce, and a dry wine like sherry in a large bowl. Add rainbow trout fillets, or another type of fish that’s high in omega-3 (skin on or off), and marinate for one hour in the fridge before cooking. Next, check out the healthiest foods you can buy in the supermarket.