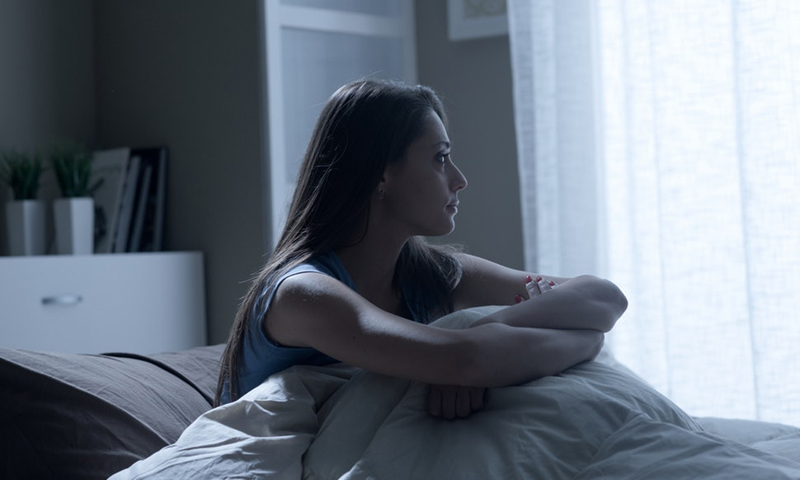 You’re at greater risk for heart disease and stroke

The negative health effects of too little sleep are well-documented, but what happens from too much sleep is less clear.  The National Sleep Foundation recommends that the average adult get 7 to 9 hours of sleep. But what if your body craves more sleep: Can you get too much? A growing body of research connects oversleeping with bad health outcomes. “Oversleeping is not harmful in and of itself, but it is a sign that you may be sleeping ineffectively, or that there is another problem requiring more sleep,” says Carl Bazil, MD, director of the division of sleep and epilepsy at New York-Presbyterian/Columbia University Medical Center. “There are also otherwise normal people who are ‘long sleepers’—they function perfectly well if they get 9 or 10 hours but are sleepy on less. It’s still important, however, to check for other possibilities.” One concerning problem linked with long sleep is cardiovascular disease. Researchers from the Chicago School of Medicine found that people who sleep more than 8 hours per night are twice as likely to have angina (chest pain) and 10 percent more likely to have coronary heart disease. The large Nurse’s Health Study found the risk of heart disease was even larger, with a 38 percent greater chance in long sleepers. The risk of stroke also goes up: One study from the United Kingdom showed a 46 percent greater chance of stroke in long sleepers, even after adjusting for other risk factors. Oppositely, here’s what happens when you don’t get enough sleep.

One theory about why too much sleep is linked with other health problems is that your time in bed is disrupted, so you’re not actually getting good rest. “Those with untreated sleep apnea [a common breathing problem] have a tendency to oversleep, and we know that undiagnosed and untreated sleep apnea leads to both heart disease and stroke,” says Michael J. Breus, PhD, a clinical psychologist known as The Sleep Doctor. He says that other problems like stomach upset or hot flashes could also be the cause of poor sleep, or your environment might not be dark or quiet enough. Even teeth grinding can cause you not to sleep as well. If you feel that you’re still sleepy even though you’ve been in bed a long time, talk to your doctor to tease out the cause. These are the signs of sleep apnea you need to know.

You’re more likely to be obese

Weight gain is another chicken-or-egg factor associated with long amounts of sleep. “One difficulty in untangling these effects is that things like sleep-disordered breathing, depression, or medication side effects can cause an increase in sleep duration and are also linked to other risk factors, such as weight gain,” says Elizabeth McDevitt, PhD, a researcher at the Sleep and Cognition Lab at the University of California, Riverside. But in this case, sleep could be both a cause and an effect. “What we do know is that as people get more obese, they’re likely to be long sleepers,” Michael Irwin, MD, a professor of psychiatry and biobehavioral sciences at the David Geffen School of Medicine at UCLA, told Prevention. “And if you’re a long sleeper, you’re more likely to be obese.” If you’re spending more time in bed, you’re not exercising or even moving around, so you’re burning fewer calories. In a study from Canada, long sleepers were 25 percent more likely to gain 5 kg over the study’s 6-year period, and experienced a 21 percent increased risk of developing obesity. Here’s how you can even lose weight while you sleep.

You could develop diabetes

Not surprisingly, given the link between longer sleep and obesity, diabetes is also more common among long sleepers. But Canadian researchers found that even after adjusting for body mass, long sleepers had double the risk of developing diabetes. Other studies suggest that too much (or too little) sleep can affect your blood glucose levels, regardless of your weight or activity level. Still, cause has not yet been definitively proven. “Very little is understood about mechanistic pathways linking long sleep and health outcomes,” Dr. McDevitt says. These are 12 sleep orders you need to know about.

You could start getting headaches

You know that feeling when you sleep in, only to wake up groggy and headachy, almost like you have a hangover? Although that could be caused by poor sleep, it also could be one of the side effects of too much sleep itself. “The mechanism behind this isn’t understood that well, and one hypothesis is that fluctuations in neurotransmitters during sleep may be a trigger for headaches,” Dr. McDevitt says. “Another possibility is that when people sleep later in the morning, they may be sleeping past their normal breakfast or coffee time, and the headaches may be related to caffeine withdrawals, low blood sugar, or dehydration.” The best sleep pattern to avoid this “weekend headache” is to get a consistent amount of sleep every night, and to go to bed and wake up at the same time each day.

You’re more likely to be depressed

One symptom of depression is oversleeping, so having untreated mental health problems could be one reason why you’ve had a hard time getting up. Studies have shown long sleep is significantly associated with frequent mental distress. Another study, done in twins, found that long sleep actually activated genes related to depressive symptoms. “One hypothesis is that long sleep duration is associated with decreased physical activity,” Dr. McDevitt says. “Physical activity has been associated with reduced risk of depression by increasing levels of the neurotransmitters dopamine and serotonin, increasing release of endorphins, distracting from stressful stimuli, and improving self-esteem.” On the other hand, she says people who are depressed may use sleep as an escape or coping mechanism, and so stay in bed longer. Learn 10 medical reasons that explain why you can’t sleep.

You may have more pain

A reduction in activity from spending too much time in bed can lead you to be more achy, especially if you have back problems. “It has to do with lying in a position for an extended period of time, [lack of] movement while sleeping, or a bad mattress,” says Dr. Breus. You also might be suffering from poor sleep because of your pain, which again makes you want to sleep longer. But don’t give in, because more activity (under your doctor’s supervision) can help alleviate pain, leading to better quality sleep in a typical amount of time. Find out why oversleeping can give you nightmares.

Your brain won’t work as well

Along with headaches, you may experience a “foggy brain” feeling if you get too much sleep. One study out of Harvard showed that older women who slept more than 9 hours had worse cognition, the equivalent of aging almost 2 years! Other research showed a connection between long sleep and later dementia. “Since sleep duration is linked with so many other factors that can also influence cognition, it’s likely that there are both direct and indirect effects of sleep duration on cognition,” Dr. McDevitt says. Plus, the disrupted sleep that many long sleepers have may cause decreased brain function. “Oversleeping might also be a marker of underlying circadian disruptions or health problems that could lead to structural brain changes and poor cognitive functioning,” Dr. McDevitt says. These are more reasons why your brain needs sleep.

Sleeping too long may throw off your circadian rhythms, just as if you’ve been on a long plane trip. Dr. McDevitt says that these rhythms are controlled by our “internal clock,” the part of our brain that responds to light and dark signals. “When light hits the eye, it signals to the internal clock that it is time to be awake, which will then begin a cascade of other processes—control of hormones and body temperature—that play a role in making us feel awake and allow us to function at our best throughout the day,” she says. “Oversleeping and other circadian disruptions, like jet lag or shift work, shift these light cues and put us in conflict with our normal daily rhythm.” In addition to making us feel “off,” these disruptions can impact other physiological functions. In a study of Korean women undergoing IVF, long sleepers had lower pregnancy rates, 43 percent compared to 53 percent in the normal sleepers group. So how can you get back on track? Avoid screen time before bed, keep your room cool, quiet, and dark (but still let the morning light shine in), and keep a regular sleep schedule. If you think you might have a medical issue that’s causing long sleep, keep a sleep diary, and discuss the results with your doctor. Here are 19 more things you can do to sleep better tonight.