By Oliver Basciano ,  The Guardian

Wagner Schwartz received the first death threat two days after lying naked on the floor of a museum in São Paulo. It was October 2017 and the Brazilian artist had invited members of his audience, which included children, to adjust his body: move a limb, roll him over, that kind of thing. This was for a dance piece called La Bête, a work he had already staged many times at home and abroad. So it was a shock to suddenly find himself the target of an increasingly emboldened network of rightwing and evangelical Christian groups.

During La Bête, a four-year-old girl, encouraged by her mother, lifted Schwartz’s hand and then his foot, while another slightly older girl touched his head. These moments were caught on video and uploaded to Facebook. “The creators of this page,” says Schwartz, “put a caption on the video saying the museum incited paedophilia and that I was a paedophile. From this moment on, people who did not know me or the work decided La Bête was a threat.”

Evangelical activists and members of the Movimento Brasil Livre, a group that claims to be libertarian, gathered outside the venue, the Museum of Modern Art (MAM), while 100,000 people signed a petition denouncing the work. One popular meme juxtaposed a picture of Schwartz with three bullets and the caption: “Paedophilia has a cure.”

Pedro D’Eyrot, a performer in the funk-electroclash band Bonde Do Rolê, is one of the founding member of MBL. “Having children touching and being exposed to a naked strange man is wrong,” he says, but he does add: “Our legal institutions are the ones to deal with it.” Nonetheless, Schwartz was forced into hiding and, shortly after, boarded a flight to Paris. “I was frightened,” he says. “Justice in Brazil does not protect those who are threatened.”

Schwartz is just one of many artists in Brazil who were given an early indication of the country’s changing climate. The recent victory of Jair Bolsonaro in the presidential elections is, for a large number of them, a nightmare incarnate. They cite the retired military officer’s courting of the evangelical vote, his homophobic and misogynist rhetoric, not to mention his promise to fold the ministry of culture, and “cleanse” Brazil of “communists”.

Regina Vater, an artist based in Rio de Janeiro, is old enough to remember Brazil’s former military regime. “I never thought I would live through something like the dictatorship again,” he says. “The situation we are in now is even more sinister. There is a veil of democracy, but we are in a state of deception.”

There were jubilant scenes outside the Museum of Art São Paulo (MASP) on the night of Bolsonaro’s victory. Dressed in the yellow and green of the Brazilian flag, the president-elect’s supporters lit fires and cranked up the sound system, while a funk MC started to mock opposition politicians to a beat. As the party swelled, it looked as if the museum was under siege.

It could well be. Such institutions are unlikely to avoid interference, direct or otherwise, from the new government. Fernanda Brenner, artistic director of a non-profit arts body called Pivô, says the incoming president owes a huge debt to all the groups who supported his campaign – and she says they’re behind much of the intimidation being levelled at artists and performers.

Brenner believes one target will be the Rouanet Law, a system that allows companies to reduce their income tax bill by investing in cultural projects. “The Rouanet Law will be an easy hit for him,” she says. “People see it as artists taking advantage of public money. If he cuts it, cultural projects will become very difficult.” 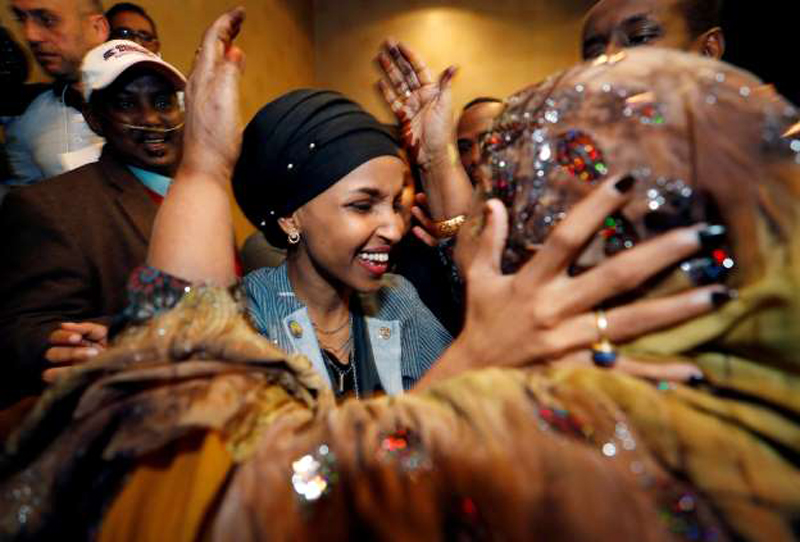 Bolsonaro promised as much during his run. At a rally in March – before 2,000 people, some armed and in military fatigues – the candidate promised to dissolve the ministry of culture into the education department, while attacking the “big-time artists” who he claimed were getting rich off public money.

D’Eyrot, whose band worked with the producer Diplo, and whose involvement in right-wing politics shocked the Brazilian music world, hopes Bolsonaro will keep his promises: “I expect his government to stop funding all the ideological apparatus created by the PT that lives and thrives on taxpayers’ money.” The PT, or Workers’ Party, governed the country for almost 15 years. “If these initiatives want to survive,” adds D’Eyrot, “they will have to find the money on the market like everyone else.”

Antonio Obá, an artist nominated for the Pipa, Brazil’s biggest art award, caused a storm last September, when pictures and descriptions of a work he performed were circulated online. In Acts of Transfiguration: Disappearance of a Recipe for a Saint, Obá grinds to dust a statue of the Virgin Mary before pouring the powder over his naked body. “I was raised in a traditional Catholic family,” he says, “and almost attended the seminary. I play on Christian rites with affection. The work is supposed to reveal something of my personal history. It was awful to see it so distorted and politicised.”

Rocks are reported to have been thrown at the windows of the museum where he was performing. “The intimidation was systematic,” he says. “Racist messages, threats – all driven by rumours and photos circulating online. Life became unsustainable. I could no longer make work or teach. The strain on my family was too much.” In fear – and with legal action threatened by Magno Malta, a senator now expected to take a ministerial position in Bolsonaro’s government – Obá fled to Europe.

Igor Vidor, a Rio-based artist who recently put on a show investigating the links between gang violence and public figures, also believes himself to have been targeted by an orchestrated campaign. “The things they were saying, the accusations they were making about me, were the same, the kind of things said by Bolsonaro.” He received his first threatening email three weeks ago, and they have since become increasingly aggressive.

Vidor’s exhibition, at the Galeria Leme in São Paulo, featured interviews with the police and people working within the city’s drug trade, together with a page torn from a cash book he found detailing drugs bought and sold. Like many I spoke to, he seems shocked by the new Brazil. “I never thought things I could do as an artist, critical thoughts presented in a gallery, would put fascists at my front door.” The artist now employs security for his family.

Late last year, the American gender theorist Judith Butler, in São Paulo for a symposium titled The End of Democracy, was ambushed by activists from Tradition, Family and Property, a far-right Christian group. Citing her writings about the fluidity of gender, they accused the professor of child abuse – and burned her effigy.

It has all contributed to a change in the public mood, according to Marcia Fortes, who owns a gallery in São Paulo. “Some time last year,” says Fortes, “we lost the battle. Artists are regarded as paedophiles and the population at large remain against us.”

However, British playwright Jo Clifford does not entirely agree. A Portuguese translation of her play The Gospel According to Jesus, Queen of Heaven – which imagines a transgender Christ – was due to open in Londrina. But the venue cancelled at the very last moment and the lead, a trans woman called Renata Carvalho, received death threats.

“After we were left without a venue, however, with a mob outside, these local women – lots of them with children – turned up,” she says. “They formed a human shield to protect us as we went to a new venue, a semi-derelict space where we performed by torchlight.” Injunctions have been sought by both Pentecostal and Catholic groups to stop the production. “At an outdoor venue in Garanhuns, a smokebomb was thrown over the wall. Despite this, 500 to 600 people came to see the play that evening. Attending theatre like this has become an incredible act of defiance.”

Several resistance movements have now emerged. Last month, Wilson Witzel, now governor of Rio, was pictured alongside a colleague who was destroying a plaque commemorating Marielle Franco – the progressive city councillor assassinated in March. Channelling their outrage, artists Paula Kossatz and Sidnei Balbino produced and distributed 1,000 replicas of the plaque. Likewise, the #coleraalegria movement has brought together hundreds of artists. At workshops held at Casa 1, an arts venue and refuge for LGBT youth in São Paulo, fabric protest banners are sewn for display on the city’s streets.

'I see frightening parallels. I don't think Brazilians are prepared'

One Turkish artist I spoke to, who wishes to remain anonymous, worries that such initiatives are of only symbolic value. “The rise of Erdoğan in Turkey was the worst thing I thought I’d ever witness,” says the artist, who has lived in São Paulo on and off for 10 years. “Yet I see frightening parallels here. I don’t think Brazilians are prepared, or realise how bad it can get. People are still thinking in terms of the democratic process and the right of protest. I am so afraid, because I know what is possible.”

The artist has opened a meeting space for queer artists in downtown São Paulo. From there they will operate a media agency to distribute anti-right-wing material. One of the projects, in the lead-up to the elections, was a series of video interviews with Pentecostal Christians and police officers who did not support Bolsonaro … “people who the public will listen to, to counter the fake news. People who can explain that the stuff Bolsonaro says is not Christian, or that the Workers’ party did not invent human rights to protect criminals”.

Other initiatives have more focused aims. The 324 movement, named after the number of votes needed in congress to pass a law, is coordinated by film producer Paula Lavigne. This week, 324 Artes, the branch dedicated to the arts (corruption and the environment are two other areas) will meet to plan “opposition strategies”, but most communication takes place via WhatsApp groups, involving people from across arts and media, including Brenner and Fortes.

Some notable successes have already been chalked up. When Santander bowed to pressure and pulled an exhibition of queer-identifying artists from the bank’s cultural centre in the southern city of Porto Alegre, and the mayor of Rio blocked the show from travelling to the city’s Museum of Art, 324 mobilised to restage it at Rio’s art school, raising more than £220,000 in crowdfunding.

In October last year, MASP, heeding legal advice, prohibited under-18s from attending the exhibition Histories of Sexuality. However, lawyers working pro bono for 324 were able to force the institution to make the age restriction advisory. “Censorship generates self-censorship,” says Fortes. “This is the biggest danger.”

Retaining visibility is key, says Wagner Schwartz, especially in art that deals with gender or sexuality. Schwartz is back in Brazil, about to stage a new autobiographical work at a venue in Rio, featuring other performers who have been on the receiving end of harassment – including Renata Carvalho, Elisabete Finger (the mother of one child who participated in La Bête) and Maikon K, a theatre-maker who was detained by the military police after a nude performance at the National Museum in Brasilia last July. “The art I do is one that disturbs authoritarian discourses,” he says. “Brazil has not and will not stop being a territory that I work in.”

Claudio Bueno, the curator of a new LGBT exhibition at the Museum of Sexual Diversity in São Paulo, echoes this stance. “We discussed whether we should include the artists’ names in the show,” he says. “Whether we are putting them at risk, especially the trans artists who are particularly vulnerable in this climate.But we decided that we cannot hide, we will not disappear. We must resist.”