Here’s Why Daylight Saving Time Is the Best Thing Ever 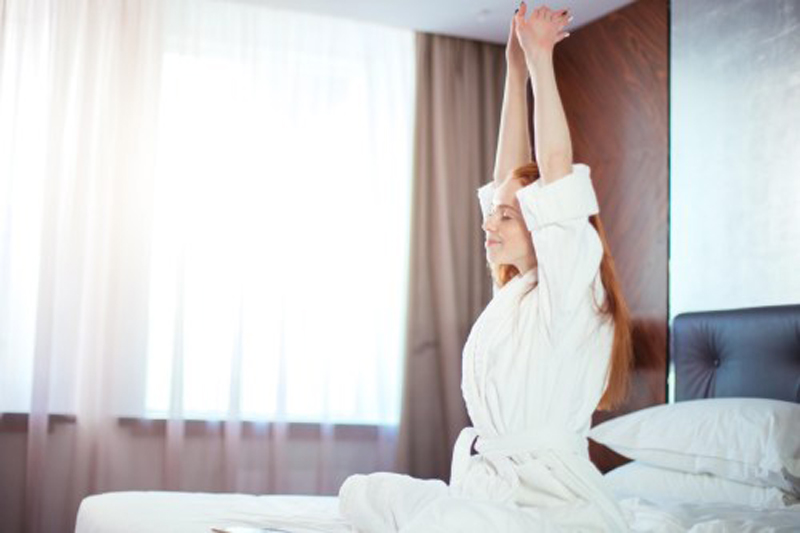 Daylight saving time is awesome. There, I said it. (Ah, that felt good.) Now, I know this isn’t exactly a popular opinion. After all, there are all too many folks out there who are none too excited about having their schedule thrown off every six months (this Sunday, November 4th, at 2:00 a.m., we all set our clocks back by one hour) just to gain a little bit more sunlight moved up earlier in the day.

For many it’s disorienting. For many it’s maddening. Hey—I get it. But let me explain why if you’re a DST hater—or just don’t think too much about it—that you need to check yourself immediately. So read on for all of the reasons you should thank your lucky stars that we have Daylight Saving Time. And for more reasons you should love DST, don’t miss these 10 Reasons Daily Saving Time Is Good for You.


First of all, there’s the energy you conserve. If you don’t believe me, take it from Benjamin Franklin, who advocated a form of daylight saving in a letter to the editor of the Journal of Paris in 1784, breaking down that between the months of March and September, Parisians burned more than 64 million pounds of candles to keep their homes lit during dark hours and that “An immense sum that the city of Paris might save every year, by the economy of using sunshine instead of candles.” While Franklin’s essay was satirical, the point is still valid: By shifting the time to maximize sunlight, your power bill will in fact cheaper at the end of the month.


But more important is the physical energy that the extra light in the morning gives you. That first day of daylight savings there’s a good chance you will be going about your morning routine and stop and wonder why you feel so energized and well-rested. For one thing, you got a bonus hour of sleep; for another, you’re being energized by the sun outside rather than the pale blue of the dawn (if you’re like me and tend to wake up on the early side).


DST Gives You the Gift of Time


That first day of Daylight Savings Time is like waking up to realize you received an early holiday gift—an extra hour you weren’t expecting. You can use it to go back to bed and get some extra sleep or, better yet, to get your day going early, with a bonus hour at your disposal.


DST Makes You a Productivity Machine


You may be someone who gets a lot of your day’s work done in the morning and by the late afternoon you start dragging. DST helps to maximize this productive time by starting the day fully rested and ready to buckle down on work for a few hours. When your body naturally feels like that quality time is about to run out even though deadlines are looming, you realize you’ve still got another hour to get things wrapped before lunch.

If you’re more of the late-to-bed-late-to-rise type, DST is great for you, too. When you wake up to your mental alarm, you look at your clock to realize it’s still way early and you can enjoy at least an hour more time in bed before the day requires you to face it.


DST Is Literally Time Travel. How Awesome Is That?


If you don’t mind getting metaphysical for a moment, DST is like time travel. It’s an hour in which you can do something you’ve been meaning to get done but haven’t or make a phone call you’ve been putting off—now you’ve gone back in time an hour and can get it done. Or just have fun with it. Take an hour break to do whatever you like the night before since you’re going to regain it the next day. Consider that hour a do-over which you get back as soon as it’s gone. If only we had that option every day.

And for more amazing advice for making the most of your days, don’t miss these 23 Reasons You’re Tired All the Time.