The Real Reasons Why Breakups Hurt So Hard 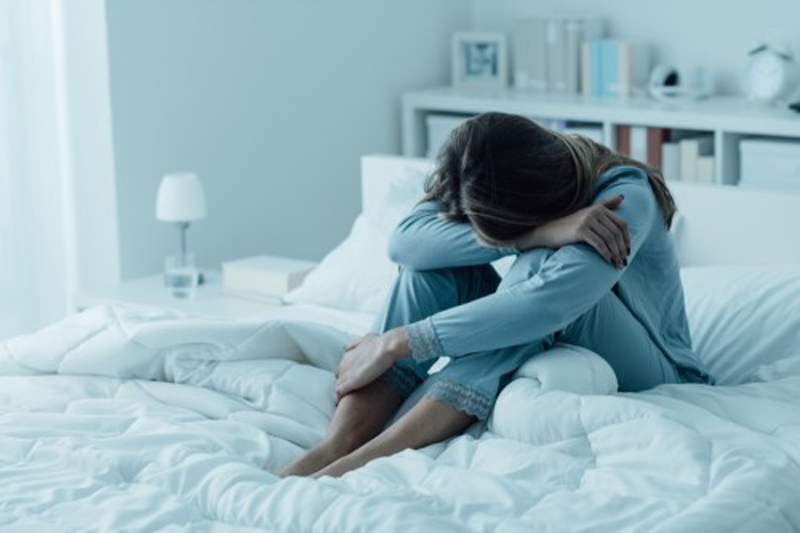 Anyone who’s ever been in love knows that breaking up is excruciatingly painful, especially if ending things wasn’t your decision. Pain courses through your entire body, and your heart feels like it’s on fire and ice-cold at the same time. Maybe you can’t stop crying, or maybe you’re so depressed you find it hard to get out of bed and motivate yourself to do anything at all. You’re consumed with an overwhelming, constant feeling of intense loss and longing, and you just can’t stop thinking about the person that’s gone. If the condition gets bad enough, it’s even possible to die of a broken heart.

And one of the things that makes the whole process harder is the fact that we tend to feel guilty, angry, or embarrassed about how terrible we feel. “Why can’t I just get over this?” you think to yourself. “If they don’t want you, then you shouldn’t want them,” your friends say. But the brain doesn’t work that way.

The good news is that science is on your side here, as there are a variety of research-based reasons for why breaks hurt as much as they do. You can check them out below, and if you’re going through a breakup yourself, try listening to this music playlist that scientists curated to heal a broken heart. 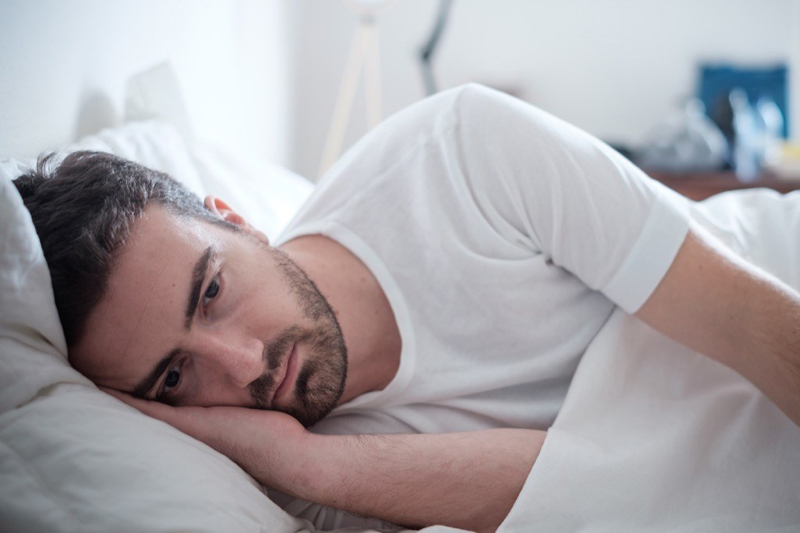 When a close friend or family member dies, no one expects you to bounce back in a couple of weeks. But one of the things that makes breakups difficult is that you tend to get a relatively short amount of time to grieve, after which people act like it’s kind of pathetic if you can’t just let go and move on with your life. Some might even get exasperated and say something along the lines of, “It’s not like anyone died.”

But, the truth is, according to experts, the way that people emotionally process breakups is very similar to the way they process a sudden death, which is why we go through the same five stages of grief: denial, anger, bargaining, depression, and acceptance. 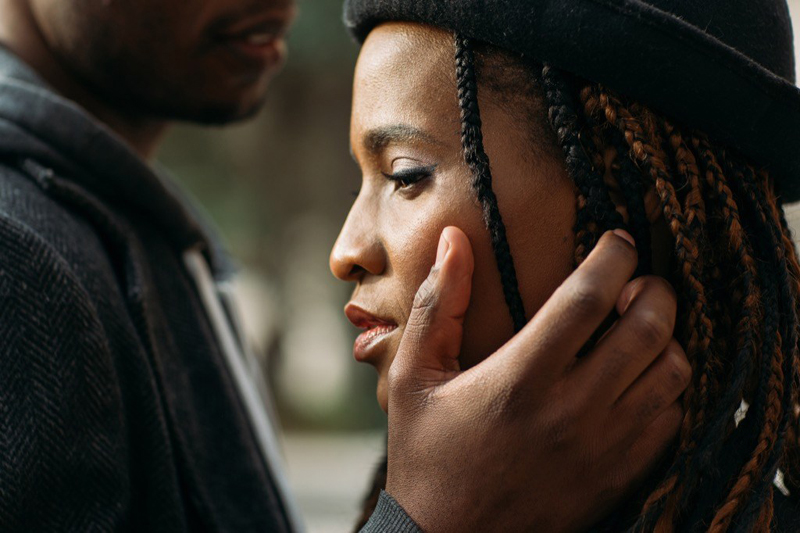 2
Love Is An Addiction

In Why We Love, biological anthropologist Helen Fisher argues that romantic love can be just as much of an addiction as any other form of substance abuse. Romantic love floods the brain with feel-good hormones like dopamine, and rewards the pleasure centers in the brain in the same way as a really potent drug. That’s why lovers tend to experience intense cravings for the object of their desire, and feel like they are willing to drop anything to be with them or would even die for them. While this creates a remarkable feeling of euphoria when we are actually with them, it also means that we can experience the same withdrawal symptoms as someone who is trying to beat an addiction to a hardcore drug.

Some of the most compelling evidence for the fact that love is a drug is that when Fisher and her colleagues conducted a groundbreaking study on people who were going through a recent breakup, they found that their brain scans looked remarkably similar to that of a cocaine addict. And like an addict going through withdrawal, you might feel like you’d be willing to do anything to get just one more “hit” of the person, even if you know that it’ll make it harder to get clean in the long-run. For what it’s worth, though, a recent study claims that, in certain cases, it’s actually okay to sleep with your ex. 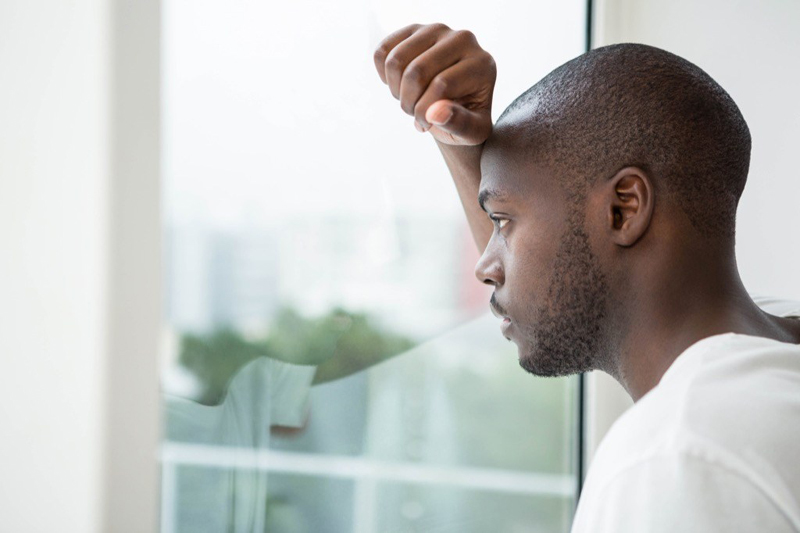 3
Your Brain Is Starved

One of the other interesting findings from the Fisher brain scan study was that there was increased activity in the caudate nucleus, a region associated with reward detection and expectation, as well as the ventral tegmental area—the brain’s reward circuit.

When you’re with your lover, your brain’s reward system is constantly being satisfied. But when you’re no longer seeing the person, your neurons are still expecting that reward. Even though you know you’re not going to get it anymore, it takes a little while for your brain to catch up. 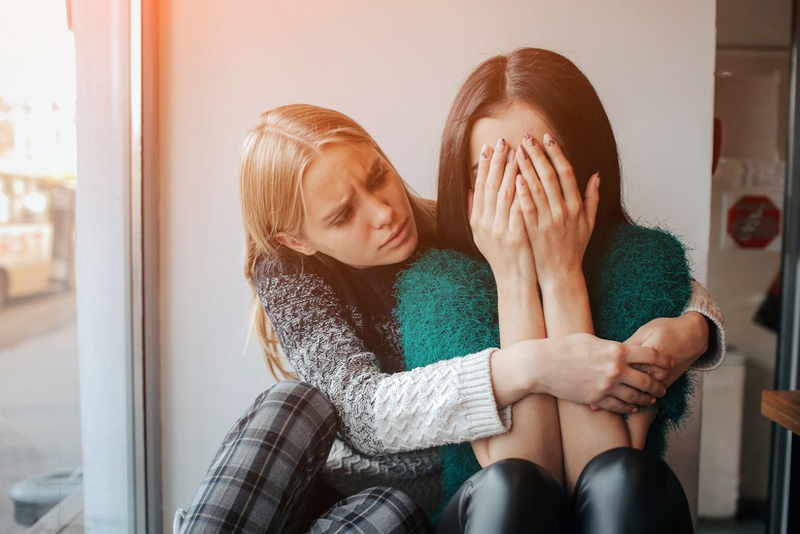 Another discovery from Fisher’s study was that, when we fall in love, parts of the brain that are linked to negative emotions, critical assessment of behavioral traits, and evaluation of trustworthiness become deactivated. To that extent, Chaucer was right when he said, “Love is blind.” Fisher believes that our inability to see the flaws of our object of affection stems from our need to attach ourselves to someone long enough to reproduce, which is why this blind euphoria wanes after about 18 months. Your body essentially gives you a deadline to reproduce, after which it allows you to see the person for their warts and all.

“I think romantic love evolved to enable people to focus their mating energy onto just one person at a time, thereby conserving mating time and energy,” Fisher said. “It’s not conducive to real life to live in this state for 20 years because you’re distracted by it, you can’t think of other things, you forget what you are doing, you probably don’t eat properly, you certainly don’t sleep well and you go through highs and lows…I think attachment evolved to tolerate someone at least long enough to rear a child together.”

The problem is that if someone breaks up with you while you’re still in the phase in which your brain is disabling your ability to spot flaws, you’re liable to continue idolizing them, no matter how terrible your friends keep saying they are. The good news is that this passes, and, eventually, you’ll be able to see them for the jerks they really were. 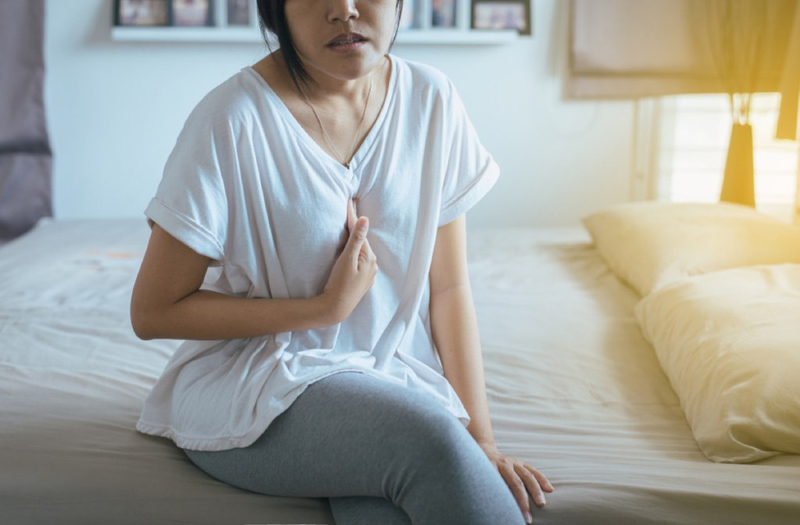 5
The Pain Is Physical

A growing body of research seems to suggest that we make too much of a cultural distinction between physical pain and emotional pain. For example, a recent study found that the emotional relief that you experience when holding hands with a loved one can actually alleviate physical pain.

Unfortunately, the opposite is also true. In a 2011 study, participants were shown photos of their exes and found the images stimulated the same exact parts of the brain that are associated with physical pain. According to the paper, the results indicate that “rejection and physical pain are similar not only in that they are both distressing—they share a common somatosensory representation as well.” That’s why some studies have even shown that popping Tylenol can be somewhat effective in dealing with a breakup. 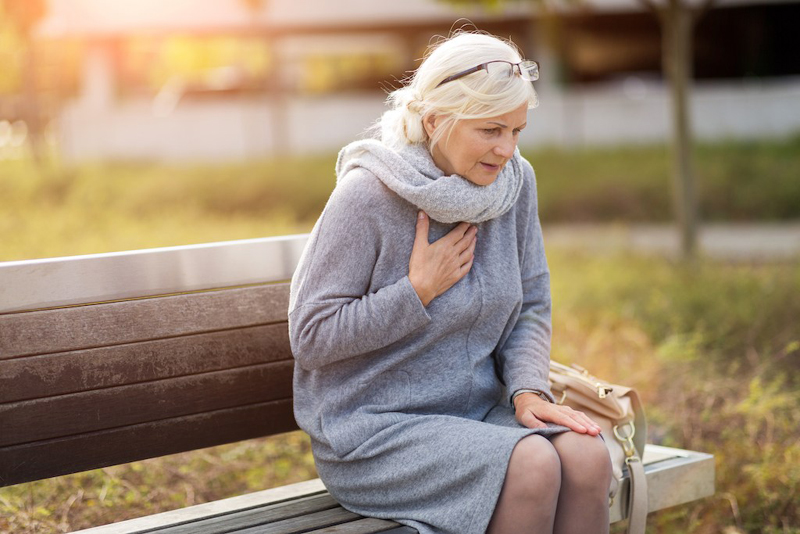 6
The Parasympathetic Nervous System Is Activated

Most studies on heartbreak has focused on the brain, but some scientists believe that the sensation we identify as heartbreak also has to do with the hormonal triggering of the sympathetic activation system (which controls fight-or-flight response) and the parasympathetic activation system (which controls rest-and-digest response).

“In a manner somewhat opposed to when we’re faced with a threat, rejection activates our parasympathetic nervous system,” neuroscientist Melissa Hill wrote for The New York Times. “A signal is sent through the vagus nerve from our brain to our heart and stomach. The muscles of our digestive system contract, making it feel as if there’s a pit in the deepest part of our stomach. Our airways constrict, making it harder to breathe. The rhythmic beating of our heart is slowed so noticeably that it feels, literally, like our heart is breaking.” 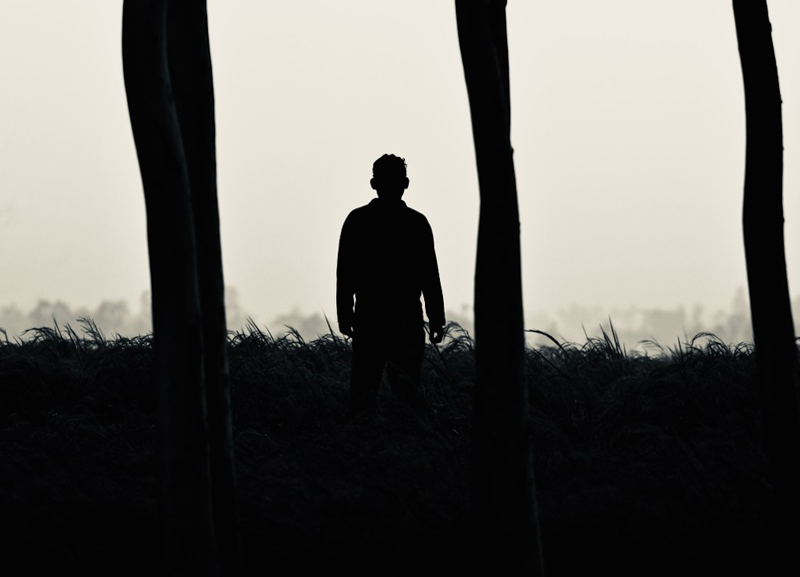 When you’re going through a breakup, it’s not uncommon to suddenly feel impeccably alone in the world, even if you’ve got the support of family and friends. You might experience anxiety, and an irrational feeling that you’re in some sort of mortal danger. Some scientists believe this is because, back in the day, being rejected or separated from your tribe really did constitute a crisis in your ability to survive, and we have yet to shed that primordial sensation.

“From an evolutionary perspective, we know that companionship is a primal drive,” Guy Winch, a psychologist and author of recently released How to Fix a Broken Heart, told Medium.  “Can you imagine if a member of a clan went missing and none of the other members of that tribe felt the need to go and look for them or didn’t feel the pain of separation?” 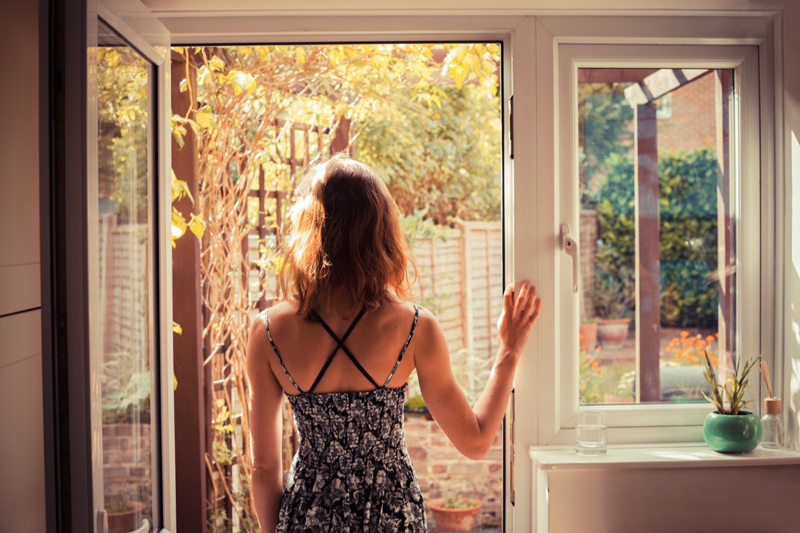 8
Your Dreams Are Dashed

One of the worst things about the end of a serious relationship is the fact that you have to come to terms with the fact that all of the plans you had for your future are not going to happen.

“When you’re building a romantic bond, you talk about each other’s dreams, ambitions, and common goals. You have mutual respect, and you focus your attention on each other. Those human attachment bonds, once formed, are extremely strong, so it can take a long time to detach from that person, and in some cases, there will always be remnants of that bond,” Bianca Acevedo, a neuroscientist and love expert, told Medium. “Not only can heartbreak feel like an emotionally devastating experience, but when you suddenly become single again, it can feel like you’ve lost a part of yourself in investing in the process of this merger or relationship that occurred. But societally, we still don’t treat it the same way as [for example] grieving someone passing on. So, allowing yourself time to both mourn and take stock of what happened is crucial.” 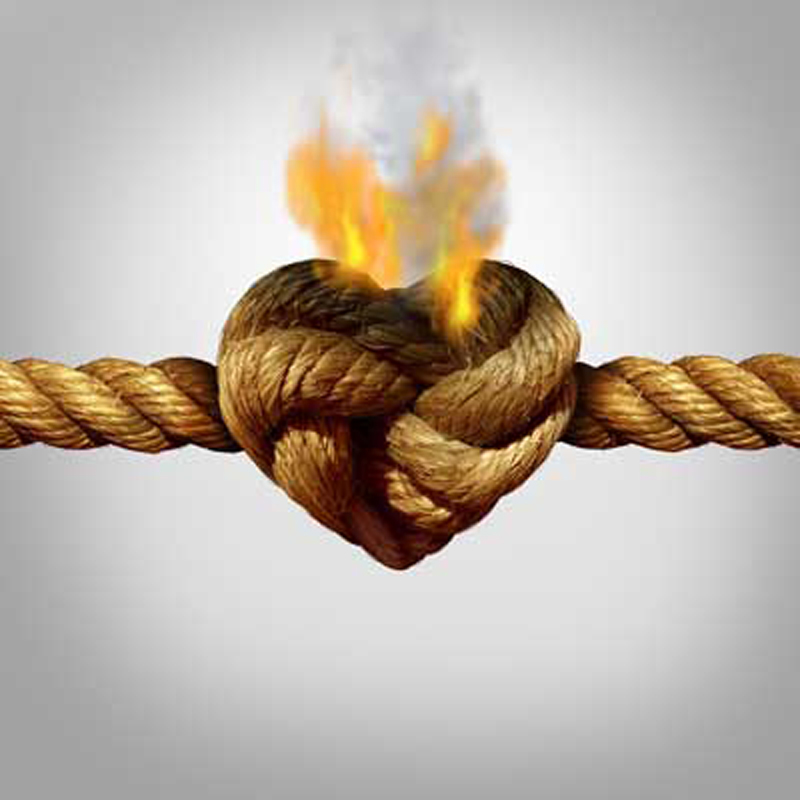 Research on romantic love is still in its early stages, but there are two main takeaways that have been sufficiently proven to be true. The first is that, on a scientific level, you are fully justified in feeling just as terrible as an addicted person getting off a drug or someone who’s lost a loved one or a neanderthal that’s suddenly found him or herself alone in the wild, so don’t let anyone convince you that you should “just get over it.”

Second, time does heal all wounds. So no matter how much it hurts now, you can be certain that, in a little while, your brain chemistry will get back to normal—and you’ll be just fine.