10 Things About Udaipur That Will Awaken The Romantic In You 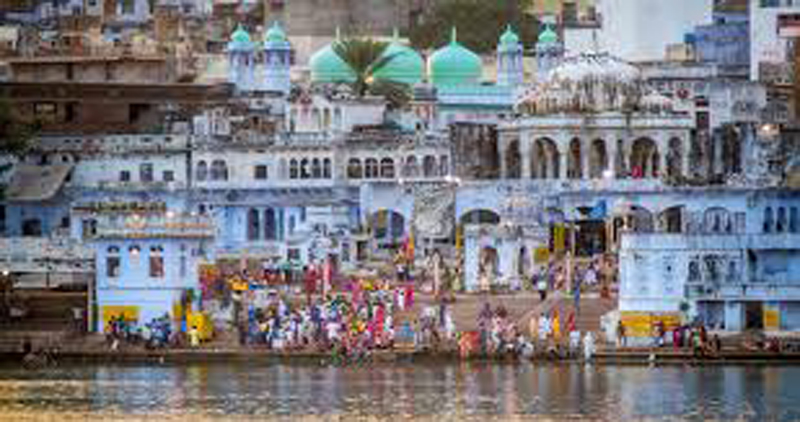 Whenever one thinks of Rajasthan, one can only think of never-ending deserts; but you'd be in for a pleasant surprise if you happen to visit Udaipur in Rajasthan because unlike it's neighbouring cities filled with barren lands, Udaipur is actually "The City of Lakes" and is around the azure interconnected water lakes- The Fateh Sagar Lake, The Lake Pichola and the smaller Swaroop Sagar Lake hemmed in by the lush hills of Aravalis.

Udaipur's kaleidoscope of fairy tale palaces, lakes, temples, gardens and narrow lanes strewn with stalls carry the flavour of heroic past, epitomising valor and chivalry. Their reflection in the placid waters of The Lake Pichola is an enticing sight.

Udaipur is often called "The Venice of the East" and The Most Romantic City in India. Lately, it's one of the top favourite places across the world for Destination weddings. Here's why you should definitely plan your next trip to Udaipur soon!

A former Monsoon Palace - Sajjan Garh, which is 1100 feet above the rest of the city and 3100 feet from sea level, was built by Maharana Sajjan Singh in 1884. The palace looks its best during the rainy season. It offers a panoramic overview of the city's lakes, palaces and surrounding country side. This was maintained as a royal shooting preserve. However, like other palaces, this one has also been converted into revenue generating must-visit place. The famous Taj group of hotels has opened a small quaint restaurant called The Lalit there which offers who you some savoury bites. However, beware of the monkeys!

It stands at the bank of Lake Pichola and was built in 1725. The palace opens itself to a series of courtyards, overlapping parations, terraces, corridors and gardens- a harmonic profusion hard to describe. Its housed with many antique artifacts, paintings, decorative furniture and utensils which attract thousands of visitors everyday. The best way to explore the palace is the old fashioned way- tour guide!

A beautiful laid out "Rock Garden" from where one can enjoy exquisite view of the sunset alongside Lake Pichola and a panoramic view of old city. It is also famously called "The Sunset Point."

Red cable cars ferry sightseers on the 5-minute trip up the hill at Dudh Talai to Karni Mata temple.

The collection comprises a variety of classic and interestingly rare and well-maintained vehicles. The Maharaja personally visits the museum weekly to ensure that the cars are in mint condition.

Double up on the ticket with the Rajasthani Thali offered inside, and it will make for a memorable experience for both car and food enthusiasts.

To understand the intricacies of culture, heritage and architecture of Udaipur, one must take a walk on the famous Palace Road which displays handmade fine art paintings, mojdis, handmade leather goods, beautiful pieces of silver and stone jewellery, interesting traditional Rajasthani clothes, bedsheets, upholstery, etc. alongside old havelis and many historic temples.

It is a lovely garden island with a boat-shaped cafe situated in the middle of Fateh Sagar Lake and is accessible by an enjoyable boat ride.

Udaipur's most famous man-made lake. A boat ride gives a perspective of the various palaces of the city- The City Palace, Lake Palace, Jagmandir and Udai Vilas. Boats depart from Rameshwar Ghat in the City Palace gardens and Lal Ghat.

The best time to go for this boat ride is at dusk so you can see the magical light falling on the lake and palaces and experience the beautiful colour palette of the evening sky and breathe in this beauty.

The village depicts lifestyle, traditions, customs and folk arts of the rural and tribal people of Rajasthan. Several huts are constructed in the traditional architectural style using mud and local building material. The rural artisans and folk artists reside here.

A must visit time is from  December 23rd to   January 1st  for the yearly Shilpgram Utsav which attracts more than a lakh visitors every year to its rural market fair and festival of live performances by folk artists from different parts of the country.

This beautiful lake, overlooked by a number of hills on the three sides, was built by Maharana Fateh Singh. With time, a lot of food joints opened up in a row and is one of the best places to take a walk by the lake and enjoy some of Udaipur's best street food- bread pakoda, poha, sandwiches of various kinds, pav bhaji, coffee in a kullad, etc.

The lake can be explored by hiring a paddle or motor boat.

10. Lavish dinner at The Jagmandir Palace

In the middle of Lake Pichola is the island palace Jagmandir, where Shahjahan sought refuge from his father Emperor Jahangir. It is like the jewel crown of Udaipur and now has been taken over by the Taj Group of Hotels and is open to tourists on reservation basis. A dinner at Jagmandir is something to have on your bucket list for sure!