The best party destinations for backpackers

By Will Coldwell ,  The Guardian

If pumping bass is your thing, these cities and travellers’ haunts come alive at night, and boast friendly hostels when it’s finally time to hit the pillow


Best for: nights under the stars

Festivals have put Marrakech firmly in the sights of globetrotting partygoers. The Oasis Festival, a boutique dance music affair in a resort just out of the city with great Atlas mountain views, returns in mid-September 2019; while Atlas Electronic also returns at the end of summer for another intimate party in the Villa Janna Eco-lodge. And there’s plenty more to discover in Marrakech itself; L’envers, with its focus on underground music, is one DJ bar to check out, while unique nightlife experiences can be found by checking for parties by promoters such as RAK Electronik and Moroko Loko, that put on regular poolside parties at hotels in the city. With growing attention from the festival crowd, it’s a scene that’s only going to grow.

Where to stay Hostel Riad Marrakech Rouge (dorm beds from £6, doubles from £23 B&B) is a colourful, fun place to stay with rooftop terrace and bicycle hire


Best for: serious clubbing in a serious metropolis

Seoul’s club scene has begun to get real recognition in recent years; the best of this is centred on the Itaewon neighbourhood which has long been a nightlife area, a hub for the city’s LGBT scene and home to countless bars including Seoul’s oldest rooftop drinking spot, Gaja Changgo (no website). Itaewon has also become a centre for dance music venues: Cakeshop, one of the city’s flagships clubs, expanded last year to a second space, Contra, a lounge bar next door. Another of the city’s top clubs, Faust (a two-room house and techno joint), relocated to the same area in May, further bolstering the neighbourhood’s reputation as a clubbing mecca.

Where to stay G Hostel (dorms from £11, triples from £62 B&B), a trendily converted housing block with a rooftop terrace


Best for: clubbing in an exotic cultural district

Last summer Shanghai’s club scene got a boost with the opening of ALL, an underground music venue from the team behind Shelter, one of the city’s best known (but now closed) clubs. Other dance spots in the French Concession area, with its beautiful architecture, boutiques and cafes, include late-night dive bar Dada and club and live music venue Arkham. For easy-going boozing, head to Tattoo Family, a tattoo shop meets cocktail bar – a risky combination if there ever was one. New spots are opening all the time, like craft beer joint District (284 Yuyuan Road, near Wulumuqi North Road, no website) and Sober Company set up shop here last year, with a cafe, restaurant and cocktail bar over three floors.

Where to stay Le Tour Traveller’s Rest Youth Hostel (doubles from £29, dorm beds from £9 room-only) is just north of the French Concession neighbourhood and fosters a lively atmosphere in a converted factory building


Best for: an alt city-break

With students making up a quarter of its population, this northern Dutch city has a host of late-night drinking haunts, ranging from hip brew house and live music venue Brouwerij Martinus to the bars and cafes of Grote Markt and Poelestraat. Groningen is also home to Paradigm – a music and art collective that has been running raves in the area for years and last year moved to the Suikerunie, an incredible new club and festival site occupying a Mad Max mix of disused industrial buildings by the Hoendiep canal. The city centre’s club scene has also gone up a notch or two since the opening of Oost in 2016 – an intimate 250-capacity space with a focus on house, techno, disco and funk. Oost also runs Discours, a space for public debate on social issues.

Where to stay Rebel Rebel (doubles €60 B&B, dorm beds from €20 B&B) is a container hostel with super-kitschy rooms, lockers and a fun terrace with swings and a bar

The historic neighbourhood of Podil is a major lure for international clubbers; it’s home to flagship club Closer – an old factory converted into a multi-arts space that puts on everything from festivals to lectures. Other clubs include cafe, art space and venue Khlam, while there are also dozens of bars, including cocktail bars Podil East India Company and Pink Freud. Just across the water on the river bank is summer beach-party spot UBK, which hosts club nights, live bands and cinema screenings.

Where to stay Dream House (bed in mixed dorm from £8, doubles from £32, room-only), simple but chic in the heart of the historic centre

If you want to tune into the best of the Thai capital’s creative, after-dark buzz – and don’t want to share a bar with lots of bros in vests – head to Ari. In the past few years, the neighbourhood has become one of Bangkok’s coolest hang outs, with a wave of new openings. Start the night with some street food – there are plenty of places to choose from between Sois 1 and 3 (look out for Summer Street Grill for incredible fresh seafood) – then go on a tour of the neighbourhood’s trendy watering holes. Ban Dok Kaew House Bar is an old favourite that encapsulates the minimal, stripped-down aesthetic found at many places in the area (it’s also cheap to drink there). Beer drinkers should check out two new bars: Schneider Haus, with its inviting beer garden and wheat beers, and Taproom, which last year opened a new branch in Ari, with 14 beers on tap. When done sampling these, head to Future Factory Bangkok for a late night dance.

Where to stay The Yard Hostel (dorm beds from £13, doubles from £35 B&B) in Ari, which has hammocks in the garden and free bicycles

Arnavutköy has become a trendy party spot where streets are packed after dark. It’s particularly good for cocktail bars. Alexandra has top mixologists and DJ nights, as does popular bar and restaurant ANY, set in a delightful Ottoman mansion. Whisper is another cocktail bar with decent food, while the atmospheric Luzia is a sister bar to the one with the same name in Berlin’s Kreuzberg neighbourhood and doubles as a bakery and restaurant by day.

Where to stay Bunk (dorms from €13, doubles from €41 B&B), is a large, sleek hostel in buzzing Taksim (there is less budget accommodation in Arnavutköy)
El Rio Hostel, Santa Marta, Colombia

Santa Marta city, on the Caribbean coast, is a good jump-off point for Colombia’s backpacker party trail with magnets including Taganga – a fishing village that’s become a hub for travellers – and the golden beaches and rainforested mountains of Tayrona national park. But El Rio Hostel in Santa Marta – voted the best hostel in the country in the 2018 Hoscar awards – has become a destination in itself. This “flashpacker” hostel was built in 2016 by two Brits on the banks of the Buritaca river. As well as the tranquil riverside setting, the hostel is known for its regular parties and super social atmosphere – it might not have wifi, but it’s got a sound system and knows how to use it. It’s close to superb beaches, runs river-tubing trips, organises surf lessons, and is just a short walk from the pick-up point for the Lost City. 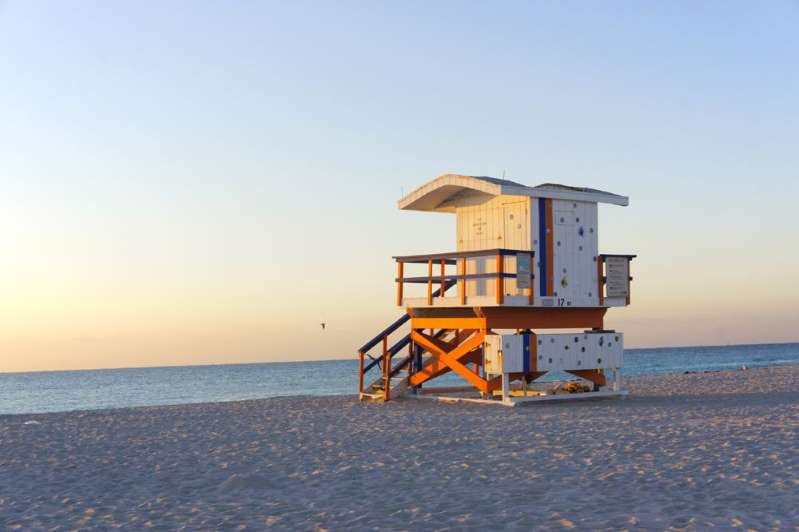