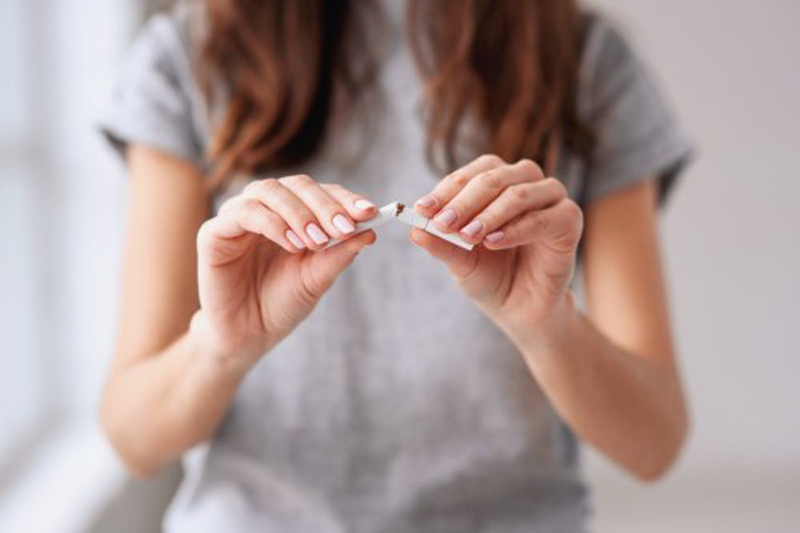 According to research, the three main New Year’s resolutions that Americans make every year are to lose weight, to exercise more, and to quit smoking. Of course, this is easier said than done, but a new study published in Nicotine & Tobacco Research says you can kill quite a few birds with one stone just by cutting back on alcohol.

Sarah Dermody, an assistant professor at Oregon State University and the study’s lead author, studied the nicotine metabolite ratio—a biomarker that indicates how quickly a person’s body metabolizes nicotine–of 22 problem drinkers and daily smokers and found that the metabolite ratio of the men in the study dropped significantly when they switched from having 29 drinks per week to seven.

“What’s really interesting is that the nicotine metabolite ratio is clinically useful,” Dermody said in a university newsletter. “People with a higher ratio have a harder time quitting smoking cold turkey. They have are also less likely to successfully quit using nicotine replacement therapy products… The nicotine metabolite ratio was thought to be a stable index, but it may not be as stable as we thought. From a clinical standpoint, that’s a positive thing, because if someone wants to stop smoking, we may want to encourage them to reduce their drinking to encourage their smoking cessation plan.”

The same was not found to be true of women, but Dermody believes that might be because the women in the study weren’t problematic drinkers to begin with.
“The rate of drinking for women in the study started low and stayed low,” Dermody said. “I anticipate that in a larger generalized study we would not see the difference between men and women like that.”

The study is limited by the fact that it had such a small sample size, but the link between alcohol and nicotine is well-known. Previous research has found that people who drink alcohol crave the stimulant that is nicotine in order to offset the sleep-inducing effects of booze. Alcohol also increases the levels of feel-good chemicals produced by nicotine, but inhibits the effects of the alcohol itself, which means you need to drink more in order to experience the same euphoric rush as a non-smoker, creating a vicious cycle of drinking and smoking.

As everyone knows, drinking also makes you hungry by putting your brain into starvation mode—and with your inhibitions silenced, you’re much more likely to reach for a plate of spicy buffalo wings than a reasonable salad. Alcohol also makes it very difficult to hit the gym, so it sets up a negative cycle of drinking, eating junk food, and sleeping that’s in direct contrast to any healthy living ambitions.

So, if you’re looking to achieve any or all of the most common New Year’s resolutions, the place to start is your booze: cut it back. And for a deeper insight into your vices, learn What Your Drinking Habits Say About Your Health.